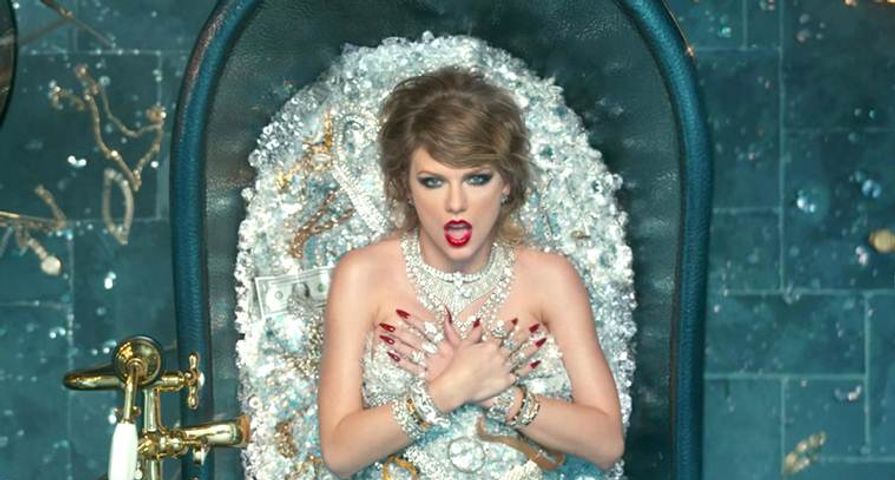 Source: Look What You Made Me Do Music Video

There’s simply no denying that Taylor Swift’s latest single Look What You Made Me Do made a bang when it was released on August 24.

The long-anticipated single came following a social media blackout and a series of cryptic videos of a snake. The pop star’s revenge-filled hit has broken four records and topped charts since it’s release nearly a week ago.

According to Music Business Worldwide, the hit quickly became the most streamed song on Spotify in it’s first day. The single was streamed 8 million times during its first 24 hours, which broke Ed Sheeran’s previous record of 7 million streams for Shape of You.

Following the single release, the music video broke it’s own records after being released at the 2017 VMAS on Sunday. The controversial video earned the spot as the most music video views in 24 hours and reached almost 30 million views it’s first day, which beat Adele’s Hello who held the record of 27.7 million views.

Look What You Made Me Do also broke one of Taylor’s own records as her biggest YouTube debut. Her previous personal record was 17 million views in the first day for Bad Blood.

Since Taylor’s track hasn’t been out for a full week yet, she still can’t be titled the biggest-selling song in it’s debut week, and as of now, Adele currently holds the spot for her hit Hello which sold 1.1 million copies in its first week. Taylor is definitely on the right track to beating this record and we admittedly wouldn’t be surprised if she does!

Her album Reputation is set to be released on November 10. Watch the record-breaking video below: