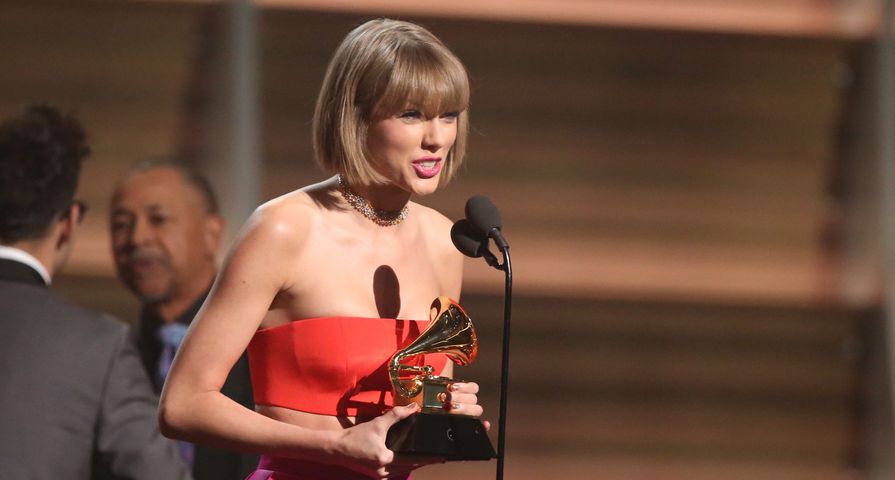 The 1989 songstress won Album of the Year at the 2016 Grammys for her newest album 1989, and although she didn’t name Kanye by name, it was clear who she was talking about when she took to the podium for her acceptance speech. “I want to thank fans for the last 10 years and the Recording Academy for giving us this unbelievable honor. I want to thank all of my collaborators that you see on this stage, mostly I want to thank my co-executive producer Max Martin who has deserved to be up here for 25 years.”

She then seemed to refer to Kanye and his diss on her in his single famous where he raps, “I feel me and Taylor might still have sex/ Why? I made that b–ch famous.” Swift continued in her speech, “And as the first woman to win Album of the Year at the Grammys twice, I want to say to all the young women out there, there are going to be people along the way who will try to undercut your success or take credit for your accomplishments or your fame.”

“But if you just focus on the work and you don’t let those people sidetrack you, someday, when you get where you are going, you will look around and you will know that it was you and the people who love you who put you there. And that will be the greatest feeling in the world. Thank you for this moment.”

Swift won three awards on the night, and it is safe to say most have taken her side in this weird new issue with the controversial rapper.