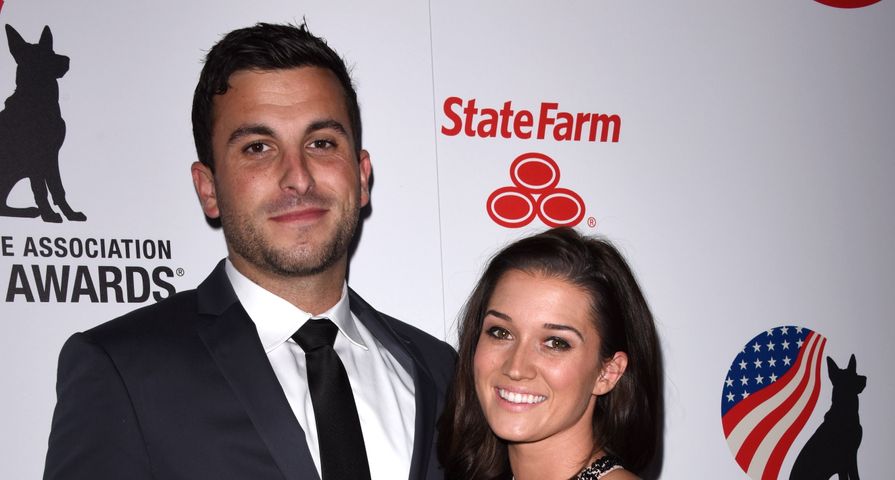 Tanner Tolbert is defending his wife, Jade Roper Tolbert, after she was accused of cheating after winning $1 million in a recent fantasy football contest.

In a statement, the former 32-year-old Bachelorette star stated that he and his wife “respect that DraftKings feels they need to do their due diligence in regard to Jade winning their $1 million dollar prize for the fantasy contest for the NFL’s wild-card round this weekend.”

Tolbert continued: “Though we must ponder, would the questions, accusations and curiosity about this win be the same if the winner had been male and someone who wasn’t already in the public eye?”

He then concluded his statement explaining that his wife’s win was “pure luck.”

“It is incredibly important for us to establish that Jade’s win is nothing more than pure luck and we are confident that DraftKings will determine the same,” Tolbert added.

Roper Tolbert’s win was met with skepticism over the weekend after several people began tweeting that the Bachelor in Paradise season 2 winner had placed first place in the DraftKings fantasy contest for the NFL’s wild-card round.

“I’m pretty sure this girl was on The Bachelor. I only know this because my girlfriend forces me to watch it,” wrote one Twitter user. Their tweet included a screenshot of the results page, which showed the Roper Tolbert’s payout, and her avatar showing a picture of the pair.

The reality star responded with, “Hahaha that’s me! And Tanner told me I shouldn’t play DK Metcalf!” Roper Tolbert was referring to Seattle Seahawk’s wide receiver who earned 32 points in the fantasy contest following the team’s victory against the Philadelphia Eagles on Sunday.

Another user tweeted about the Bachelor in Paradise win saying, “A woman from the Bachelor won the milly maker on @DraftKings. My wife’s and I separate worlds have officially collided.” Roper Tolbert responded with, “Doesn’t even feel real over here! Officially speechless. LIKE WHAAAAAAAAT.”

Despite the divide news of Roper Tolbert’s win, Bachelor in Paradise alum Carly Waddell responded to her tweet saying, “HAHAHHAHAHAA OMG THIS IS NUTS!!! HELL YES!!!!!!! 🙌🏽🙌🏽🙌🏽👏🏽👏🏽👏🏽👏🏽”

Unfortunately. Twitter users began to accuse the couple of working together to gain an unfair advantage in the fantasy football contest.

“Numerous social media users shared screenshots that appeared to show the breakdowns between which players the couple built their lineups around, suggesting that the pair seemed to have coordinated their choices. One specific list of quarterbacks also seemed to show that the majority of Jade’s choices played in Saturday’s games while the majority of Tanner’s played on Sunday,” as reported by PEOPLE.

Further investigating from social media users appeared to show that the couple each picked 150 lineups, which generated 300 unique entries.

“This is absolutely insanity and is the clearest collusion ever. Check the QBs lmao,” wrote one Twitter user.

Another user alleged, “She and her husband cheated, end of story.”

“Everyone realizes the two of them max entered and split their player exposure, right?” a different social media user added, who asserted that was against DraftKings rules.

In a now-deleted tweet, fellow Bachelor in Paradise alum Chris Randone congratulated Tolbert on his win, instead of his wife.

“OMG congrats to my boy @ttolbert05 winning the f- milly maker!!!!” Randone tweeted at the time.

Tanner replied with: “Technically Jades lineup won…but til death do us part.”

The day after the controversy broke, Randone addressed it and tweeted, “I’m done speaking on the situation that doesn’t involve me. Two great friends I love and support in which I thought was doing the right thing in defending from the information I personally know that’s valid But with the hate messages and death threats I just want to be left alone.”

“I mean they basically told on themselves trying to make it seem like they weren’t working together, lol” commented one Twitter user.

According to the DraftKing’s rules, “group play behavior designed to gain an unfair advantage over others” is not permitted.

The site described an example of this behavior in a hypothetical scenario: “You and 2 of your friends coordinate the makeup of the lineups you build AND coordinate which contests you enter using them.” Another example reads: “you and a group of friends collaborate in NFL contest to each draft different QBs and WRs, to guarantee you aren’t competing as directly with each other.”

At this time, DraftKings is investigating the situation.

“We take the integrity and fairness of our contests very seriously and are looking into this matter,” their spokesperson said.

I’m pretty sure this girl was on The Bachelor. I only know this because my girlfriend forces me to watch it. pic.twitter.com/fkONNR3V99

This is absolutely insanity and is the the clearest collusion ever. Check the QBs lmao pic.twitter.com/JudoCAT0JQ

She and her husband cheated, end of story. pic.twitter.com/WmRLAKAn4K

Everyone realizes the two of them max entered and split their player exposure, right? And that is illegal.