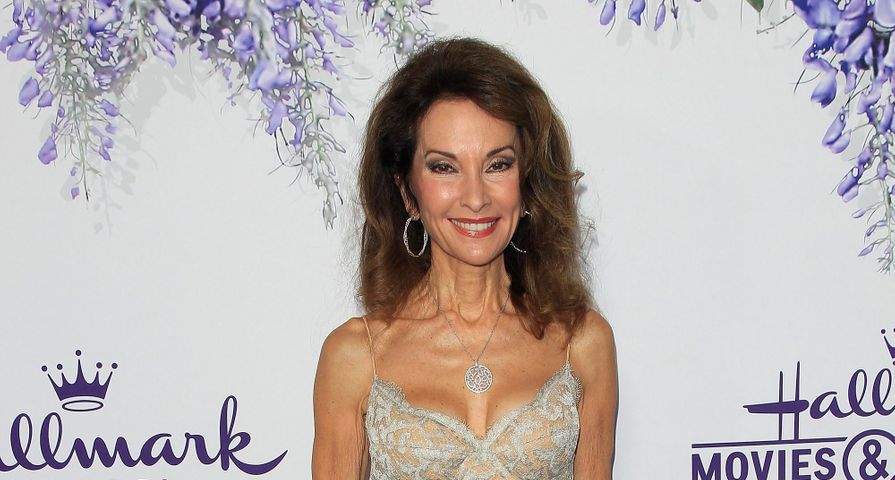 Soap opera icon Susan Lucci says she feels “lucky to be alive” after undergoing emergency surgery on her heart.

The 72-year-old revealed that when she first felt tightness in her chest last fall and thought she was tired and decided to ignore it. 10 days later it happened again and she said, “I thought maybe I had fastened my bra too tightly.” By the end of October things changed and she said, “It felt like an elephant pressing down on my chest.”

Knowing something was wrong this time the manager of the store she was shopping at offered to drive her to the hospital, on the way there Lucci called the hospital’s Head of Cardiology who was so concerned he told her to meet him in the ER.

Lucci’s cardiologist Holly Andersen agreed that Lucci was lucky to be alive. “Had she gone home, that 90 percent blockage could have become 100 percent and she could have suffered a significant heart attack or even sudden death.” The actress who starred for 41 years on All My Children added that she is telling her story hoping that she can help someone else. “I’m not a nurse or anyone who can help in any real way,” she said. “This is the way I can help. I can tell my story. Everyone’s symptoms are different but I felt compelled to share mine. Even if it’s one person I help. That is someone’s life.”

“As a woman you think about breast cancer, not a heart attack,” says Lucci. “Every EKG I had was great. My blood pressure was on the lower end of normal.” Lucci was actually at risk however because of her family history of heart disease.  “Her risk was due to her father’s arteriosclerosis, a condition that causes plaque buildup, which can cause blockage and hardening (or calcification) of the arteries,” Dr. Andersen explained.

“Susan telling her story will save lives,” Dr. Andersen added. “Everyone should know how to save a life with Hands Only CPR. It takes only one minute to learn at HandsOnly.org.”