Steve Irwin Honored By Family At Walk Of Fame Ceremony 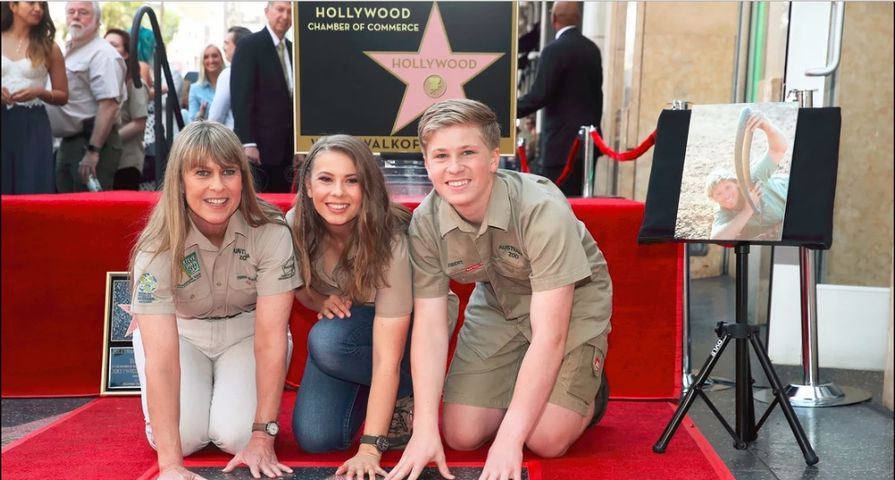 Thursday, April 26 was a special day for the family of the late ‘Crocodile Hunter’ Steve Irwin.

Steve Irwin’s legacy was honored with a star on the Hollywood Walk of Fame in Los Angeles where his widow Terri, daughter Bindi and son Robert paid tribute to their late loved one who passed away 12 years ago when a stingray pierced his heart with its barb. In honor of the posthumous award, all three gave emotional speeches.

“We try to continue dad’s legacy each and every day. I’m going to get a little bit emotional, because it’s such a special day,” a teary-eyed Bindi said. “I have to tell you that I never in my wildest dreams imagined that this would become a reality, and this is such an honor as a family to continue in dad’s footsteps, so thank you for being here today and supporting us,” she continued.

Robert Irwin added, “He was the best and most incredible conservationist on the planet, but also the best dad.”

Terri Irwin said, “I have been so privileged to have had the biggest adventure with Steve. Every single day was like being in the middle of a cyclone. We never knew where we were going to go or what we were going to do. I learned from Steve that everyone just needs to say yes to stuff. Take a page out of Steve’s book and love everything.”

Prior to the star ceremony, Terri also revealed that actor Russell Crowe played a big part in making it happen. “Part of the funds that go towards getting the star was sponsored by our local tourism [group], and Russell Crowe also wrote a letter of recommendation to the star board to say that Steve was very deserving of this,” she said.

“A lot of people came together to make it happen, and Steve would have been so chuffed to receive such an amazing honor and I think he would have said it’s not about him but its really about his message, and that’s getting that message of conservation out to more people so that’s pretty special,” she concluded.