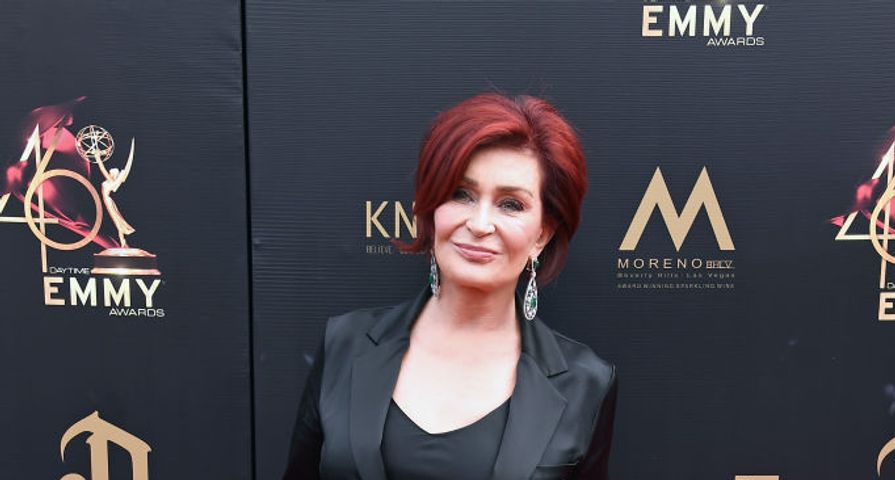 Sharon Osbourne had more to say about her time as a judge on America’s Got Talent after Gabrielle Union’s controversial exit from the competition series.

Just one day after she opened up about her own experience working on the NBC reality competition series, Osbourne expanded on her thoughts during Tuesday’s episode of The Talk.

Osbourne claimed that America’s Got Talent was a “boy’s club,” and the female judges were not treated as equal in comparison to their male counterparts.

“It is a boys’ club, okay, it is,” she said. “And the boys take care of each other and the women are not paid as much as the men.”

Osbourne, who worked as a judge on the show from season 2 through 7, pointed out that she was cast as a judge before Simon Cowell and Howie Mandel, and mentioned that she was never treated as well as them – despite the positive ratings she claimed that she brought in.

She then alleged that Mandel received better travel accommodations than her as soon as he joined the show.

“They brought Howie in. He got his own plane,” she said, before clarifying, “I love Howie, and I don’t begrudge anyone earning what they earn… But, when my old ass has been there shooting the show, and I get an American Airlines ticket and he gets a private plane. And I get that because I’m me and I’m not in the club and I’m not one of the guys… NBC can kiss my a–.”

Osbourne also noted that it was also a boys’ club on Cowell’s United Kingdom show The X Factor, which he appeared as a judge alongside record executive L.A. Reid.

“In between them was Demi Lovato and Britney Spears. The guys looked like two high rollers in Vegas who picked up a couple of kids. They looked like dirty old men beside these two little girls,” she said. “I told L.A. Reid and I told Simon, it’s nothing I wouldn’t say to their face.”

“These are kids,” Osbourne added. “They can’t be judging other kids no matter how successful they are!”

Osbourne’s recent comments come just one day after a source revealed to PEOPLE that Cowell “runs the show” and receives what he asks for a majority of the time.

“It’s true that America’s Got Talent is a boys’ club. Simon runs the show and as long as he’s there, he will continue to do so,” the source said.

“Everything goes by him and he’s rubbed a lot of people the wrong way,” the source revealed, adding that staff and crew will rarely “tell him, ‘no.'”

The same day, Osbourne shared about her time on the show and her thoughts about Union’s departure, where she revealed on The Talk, “Everybody’s experience on a show is different, and I was at that show for six years. I didn’t get let go.”

She then went on to explain that it was NBC that pushed her to leave, not America’s Got Talent.

“I left. And that’s the truth. I left because NBC, not because of the show. I had my own problems with the network. I don’t know about any of her concerns about the show,” she said of Union’s grievances. “Obviously, there wasn’t anybody of color on the panel when I was there. So, I honestly can’t say. But when I was there it was, you know, a great show to work on.”

Osbourne added: “The crew and everybody was amazing to me, everybody, except the network.”

A representative for NBC and production company Fremantle issued a statement about the claims on November 26: “America’s Got Talent has a long history of inclusivity and diversity in both our talent and the acts championed by the show. The judging and host line-up has been regularly refreshed over the years and that is one of the reasons for AGT’s enduring popularity. NBC and the producers take any issues on set seriously.”

Last Wednesday, Union broke her silence about her exit, and thanked her fans for their support during this hard time via Twitter. “So many tears, so much gratitude,” she wrote. “THANK YOU! Just when you feel lost, adrift, alone… you got me up off the ground. Humbled and thankful, forever.”

Even other celebrities such as Ellen Pompeo and Ariana Grande expressed their support for the actress via Twitter.

On Sunday, Syco Entertainment, which produces the competition series, released a joint statement with NBC and Fremantle: “We remain committed to ensuring a respectful workplace for all employees and take very seriously any questions about workplace culture. We are working with Ms. Union through her representatives to hear more about her concerns, following which we will take whatever next steps may be appropriate.”

After the statement was issued, Union retweeted a tweet from a freelance writer and host Joelle Monique and commented on the appropriate way to apologize.

Monique’s tweet outlined what makes for a “solid apology”: “1. Sincerely admit wrong doing directly to the offended party. 2. Be twice as loud correcting your mistake as you were making the mistake. 3. Lay out steps to correct your behavior in the future. Anything less is covering your own a–.”

Union shared Monique’s post, and added, “This! This! AND THIIISSSSSSS!!!!!!”

Howard Stern also slammed Simon Cowell on his radio talk show and accused him of having “orchestrated” the Union’s departure on Monday.

On Monday, Leno broke his silence for the first time since the allegations were made.

When asked about his thoughts about Union being treated fairly on America’s Got Talent, Leno said, “I don’t know … but I think she’s a great girl.”

Hough issued a statement to Variety last week, which denied that she had a negative experience working on the show. “I had a wonderful time on America’s Got Talent, I loved working with the cast, crew, and producers. I am happy to continue my working relationship with NBC,” said Hough, who will star in two upcoming NBC Christmas specials. “I’m looking forward to what the future holds.”