Sarah Silverman: “I Am Insanely Lucky To Be Alive” 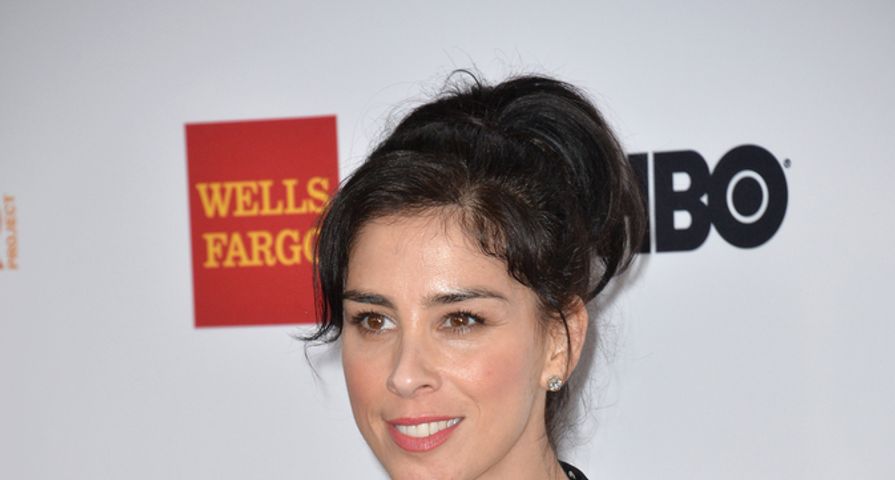 Sarah Silverman is lucky to be recovering after a health scare landed her in the hospital for a week.

On Wednesday, the 45-year-old comedian took to Twitter to inform her fans about why she hadn’t been around recently. “I was in the ICU all of last week and I am insanely lucky to be alive. Don’t even know why I went to the doctor, it was just a sore throat. But I had a freak case of epiglottitis,” Silverman wrote.

Epiglottitis occurs when the small cartilage lid known as the epiglottis becomes inflamed. The lid covers the windpipe, but if it swells, it can block air to the lungs and cause a life-threatening condition.

Silverman wrote about her experience of being treated for the physical condition. “They couldn’t put me fully to sleep for the recovery process because my blood pressure’s too low. I was drugged just enough to not feel the pain and have no idea what was happening or where I was. They had to have my hands restrained to keep me from pulling out my breathing tube. My friend Stephanie said I kept writing ‘was I in an accident?'”

“When I woke up 5 days later I didn’t remember anything. I thanked everyone at the ICU for my life, went home, and then slowly as the opiates faded away, remembered the trauma of the surgery & spent the first two days home kind of free-falling from the meds / lack of meds and the paralyzing realization that nothing matters. Luckily that was followed by the motivating revelation that nothing matters.”

Silverman’s experience in the hospital was a wake up call for her. “There’s something that happens when three people you’re so close to die within a year and then YOU almost die but don’t. (That was me. I’m the one that didn’t die.),” she revealed. “It’s a strange dichotomy between, ‘Why me?’ and the other, ‘Why me?'”

However, she proved she still had a sense of humor throughout the difficult ordeal and shared a couple funny stories about her interactions with her family and hospital staff. “When I first woke up and the breathing tube came out, I still couldn’t talk and they gave me a board of letters to communicate,” she wrote. “My loved ones stood there, so curious what was going to be the first thing I had to say. They followed my finger, rapt, as I pointed from letter to letter until I finally spelled out, ‘Did you see Hello My Name Is Doris?’” – a reference to the 2015 romantic comedy with Sally Field.