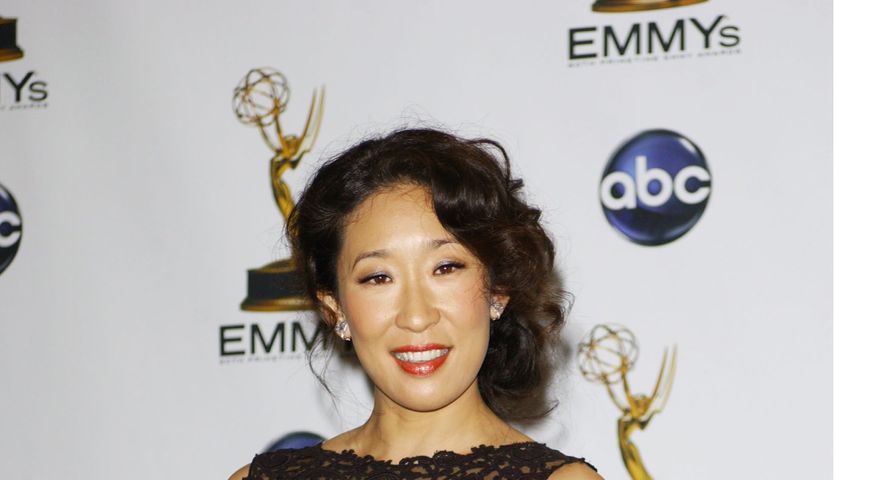 Sandra Oh is an incredibly talented actress, but it took until the 2018 Emmy Award nominations for her to be recognized and make history along the way.

The nominations for the 2018 Emmy Awards were released on Thursday, July 12, and the 46-year-old star, best known for her role as Cristina Yang in ABC’s Grey’s Anatomy, made history as the first Asian actor to receive an Emmy nomination in the best lead actress category.

The history-making nomination was for her titular role in the BBC America series Killing Eve, after previously having five nominations as a supporting actress during her run as Cristina Yang from 2005-2014. While the lead actress Emmy nomination is one thing, Oh revealed that she was shocked to have been offered the lead in the show at all after only being offered supporting roles for so long.

“When I got the script for Killing Eve, I remember I was walking around in Brooklyn and I was on my phone with my agent, Nancy. I was quickly scrolling down the script, and I can’t really tell you what I was looking for. So I’m like, ‘So Nancy, I don’t understand, what’s the part?’ ” Oh told Vulture in April. “And Nancy goes ‘Sweetheart, it’s Eve, it’s Eve.’ ”

“In that moment, I did not assume the offer was for Eve,” she said. “I think about that moment a lot. Of just going, how deep have I internalized this? [So] many years of being seen [a certain way], it deeply, deeply, deeply affects us. It’s like, how does racism define your work? Oh my goodness, I didn’t even assume when being offered something that I would be one of the central storytellers. Why? And this is me talking, right?”

“Racism exists. Let’s start there. I felt it, and I have felt it deeply. And I’m extremely fortunate. So I’m not going to not say that it’s not there, because it is,” she added. “After being told to see things a certain way for decades, you realize, ‘Oh my god! They brainwashed me!’ I was brainwashed! So that was a revelation to me.”

There are some strong competitors in the category though including Elisabeth Moss for The Handmaid’s Tale, Claire Foy for The Crown, Keri Russell for The Americans, Evan Rachel Wood for Westworld, and Tatiana Maslany for Orphan Black.