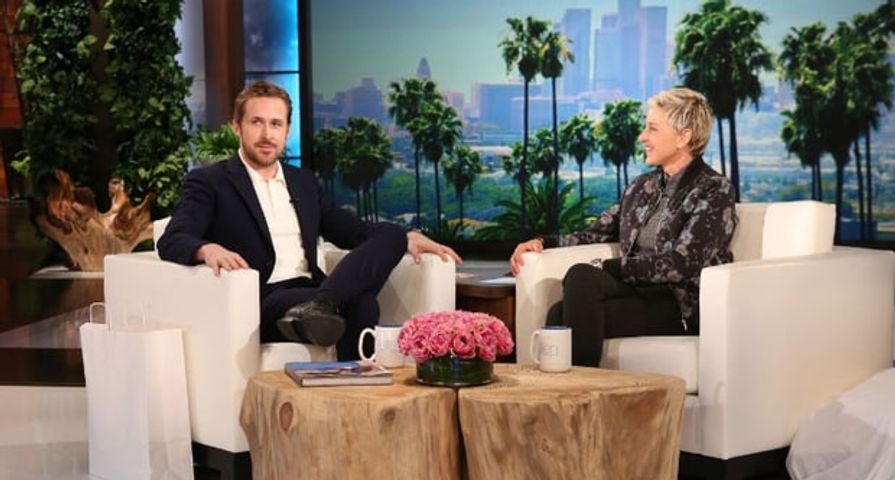 By now we are all aware that Ryan Gosling and Eva Mendes may very well be the most notoriously private A-list couple in the industry. Earlier this week it was revealed that the adorable pair managed to hide their second pregnancy, as they welcomed their second daughter Amada Lee in late April, although the world only found out they were expecting again a month earlier.

Needless to say fans really cherish the moments when they open up about their family and Gosling did just that in a sit down with Ellen DeGeneres where he shared a hilarious story about 20-month-old daughter Esmeralda. Gosling shared they call her “Es” and that their favorite thing to do together is go to the park. “We go to the park, play with chalk,” he stated before launching into his story.

“It’s funny because when I was a younger man I had a fantasy of getting into the graffiti world for a minute,” Gosling explained. “I heard that if you tag over someone else’s tag, that’s how you start a battle. So I did this for a few months and no one ever bothered to battle with me, because I guess I was so bad at it. So I thought I’ll hang up my spray cans and that’ll be it.”

As it turns out he has gotten his shot again with his daughter’s love for chalk. “But now, I take my little girl to the park, and we always write her name in chalk, and some kid has been erasing her name and writing their name over it,” he continued. “So now I’m finally in a proper tagging battle. And this kid has access to an unfair amount of chalk. My little girl doesn’t care, she’s like, ‘Well, let’s just chalk anywhere else.’ And I’m like, ‘No! They’re disrespecting your mother, because she gave you this name, and they’re erasing it. So the only way to really get back at them is to erase their name. And not disrespect their mother, but definitely put her on notice.'”

Check out the hilarious interview below!