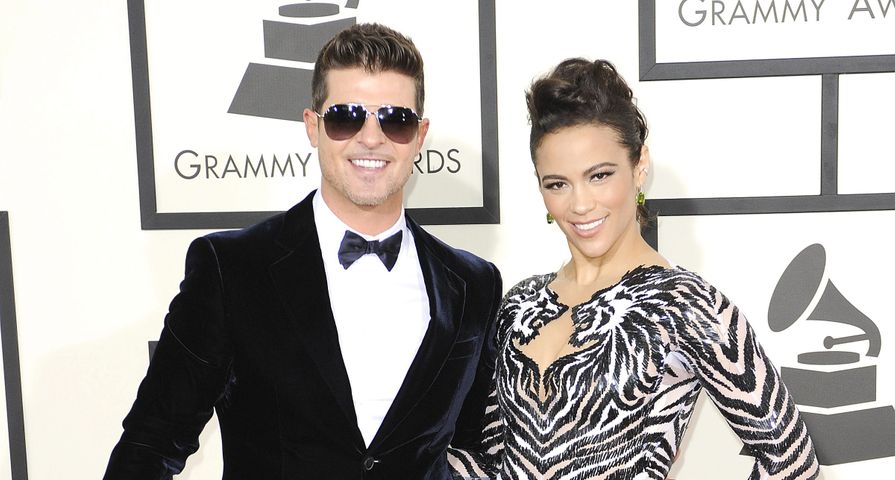 According to reports, singer Robin Thicke and his ex-wife Paula Patton are now in a custody battle after Thicke was investigated for child abuse.

Thicke has now been investigated by the Los Angeles County Department of Child and Family Services for allegedly spanking his son, after a complaint from their son Julian, reports from Us Weekly indicate. The 6-year-old reportedly told officials at his school that his dad had spanked him more than once, and the school in turn then reported the incident to the DCFS in early January which began the investigation.

Patton then denied her ex access to Julian and immediately filed an emergency order asking a judge to restrict Thicke’s time with his son to only supervised daytime visits. In his own response in court documents, Thicke stated, “On a very rare occasion and only as a last resort, I will use light spanking, but it is consistent with the law — open hand on the butt. This is the type of discipline to which Paula and I agreed during our marriage.”

He added that he believes Patton went to the court because she is angry she did not get invited to Thicke’s fathers funeral last month. “It is my belief that Paula holds residual anger towards me because I and my family would not permit her or her family to attend the funeral of my father on December 20, 2016. Paula did not have a positive relationship with my father … As such, she was not welcome at his funeral. It is my belief that Paula only wanted to attend because it would have resulted in additional public exposure for her.”

According to sources, the judge denied Patton’s request for the restricted visits, saying, the “judge denied everything in [Patton’s] complaint. Child Protective Services didn’t see any evidence of wrongdoing.”