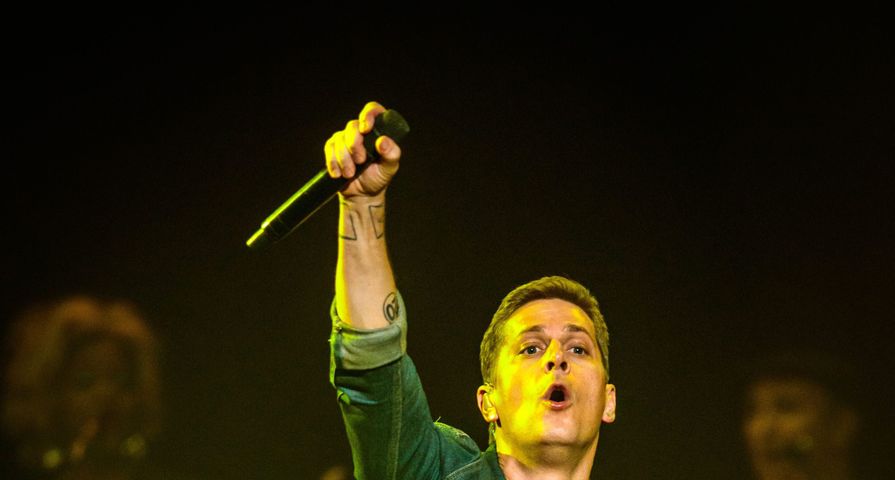 Rob Thomas was apparently just trying to be funny when he made a “joke” during a concert in Australia, but it did not go over well at all.

The 44-year-old Matchbox Twenty frontman is currently on a solo tour for his new album The Great Unknown, and he unintentionally made a racist joke while performing at the Rod Laver Arena in Melbourne, Australia on Saturday, Feb. 20. Thomas told the crown that he had figured out how to beat the jet lag that comes with flying from the U.S. to Australia, stating, “When you get on the plane on your way here, you start drinking. And then I drink till I think I’m Australian. And then I keep drinking till I think I’m a black Australian.” As to be expected his comment had a mixed reaction of laughter, groans and boos, as he added, “Don’t be racist. And then I drink until I think I’m a pretty little girl. And then my wife starts to get worried about me and I stop drinking for a minute.”

After swift backlash, particularly online, Thomas took to his Facebook on Sunday he “did not intend to make a joke ABOUT race.” He continued, “I have seen people comment that after coming here for so long I should know that there is a connection between the indigenous peoples of Australia and a stereotype involving drinking,” he said. “Embarrassingly, I truly didn’t.” “The joke I made was meant to be at no one’s expense but my own,” he added.

“I made a comment about drinking so much on the long flight over that I started to think I was something I’m not…I’m not Australian. I’m not black and I’m not a little girl. Again, if I had any idea of the stereotype I would have chosen another example. There was absolutely no malice even in jest.” He added that he had no idea the phrase ‘black Australian’ was racist “all on it’s own.” “I sat in my room and cried when I found out. I am truly sorry for how this came across, most all to the indigenous people here.”