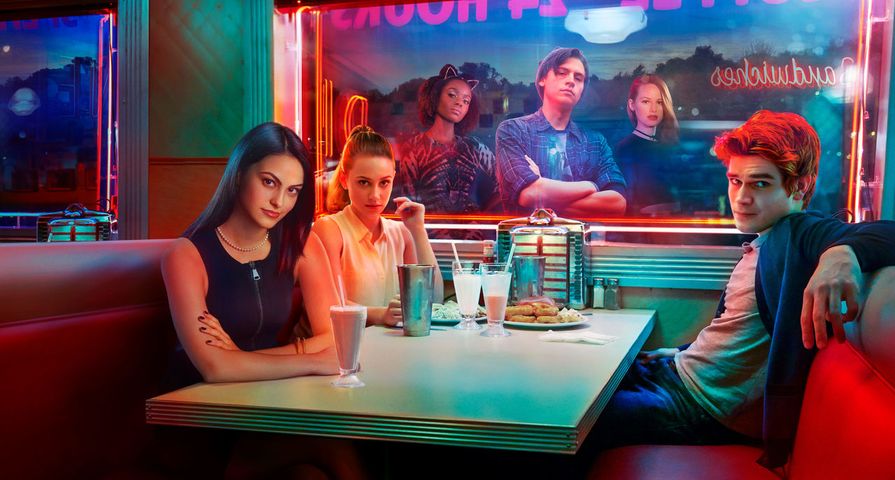 Beloved teen series Riverdale is getting a time jump in season 5.

Riverdale creator and executive producer Roberto Aguirre-Sacasa has confirmed the news and teased exclusive details to Entertainment Tonight about how many years the show could be fast-forwarding to and plans of when the big timeline shakeup could happen in show’s fifth season.

“When we come back in season 5, we’ll have a very big mystery to unravel and a lot of relationship stuff to sort out,” the showrunner said to Entertainment Tonight.

Riverdale‘s fourth season came to an early end last week due to the public health-related production shutdown – which has also affected many other shows and movies in Hollywood and worldwide – and fans were left wondering what’s next for Betty, Jughead, Archie, Veronica and the rest of the Riverdale gang after the big senior prom episode, which will now serve as the season 5 premiere.

“It’s definitely something we’re still talking about,” Aguirre-Sacasa revealed. “You know, the writers were all meeting via Zoom and the one thing we decided on is that rather than doing a time jump between season 4 and 5, we thought that things like prom and things like graduation [are important]. After spending four years with these characters in high school, you don’t want to lose that — so, the first three episodes back are kind of a direct continuation.”

“And then usually time jumps happen in between seasons, but this is an extraordinary year and these are extraordinary circumstances,” Aguirre-Sacasa continued. “So, we’re trying to figure out if we are doing a time jump, how quickly we can do it — and you know, my instinct is as quick as possible after we finish up the stories from season 4.”

The showrunner is excited to use the time jump as an opportunity to shake up the Archie Comics-inspired series, as well as give fans another exciting new mystery to uncover.

“I think we want to drop you in the middle of something crazy,” he said. “It’s so funny, one of the things that I’ve been doing during the quarantine is watching episodes of teen shows that have graduated from high school to stories after high school.  And you know, they’re pretty split evenly — some of them go to college and some of them jump over college and kind of pick up on the other side of it.”

“And, you know, to me high school was better than college,” he said. “And since all of our characters would be going to different colleges, my instinct has been to leapfrog over four years, and kind of pick up with everyone there.”