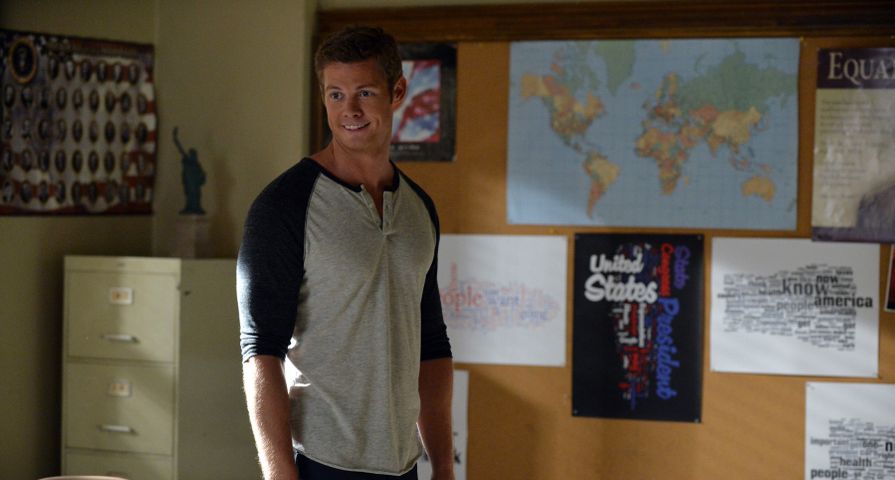 Pretty Little Liars star Brandon Jones was reportedly arrested for brandishing a knife and pulling a gun on his neighbor according to E! News.

The 27-year-old actor is best known for his portrayal of  Andrew Campbell on Pretty Little Liars. He was allegedly jailed on March 24 and released on a $50 000 bond the following morning according to police records. He is due to be arraigned this coming Thursday.

Jones was accused of brandishing a knife and later pulling a handgun on his neighbor during a dispute according to the Los Angeles District Attorney’s Office. Jones now faces the charge of assault with a firearm and exhibiting a deadly weapon.

“It is our understanding that the gun in Mr. Jones’ possession was fully legal and registered, that he was on his girlfriend’s private property, and that he and his girlfriend felt that they were under threat in a dispute with neighbors,” Jones’ rep previously told TMZ.

He was also charged with misdemeanor for exhibiting a concealable firearm in public back in October 2015 after he reportedly exhibited a hidden gun during a dispute with a neighbor in his North Hills home. If he is charged with all counts, Jones could be facing more than five years in state prison.

Aside from his role as Andrew in Pretty Little Liars, Jones has also made appearances on Unbreakable Kimmy Schmidt and The Fosters.