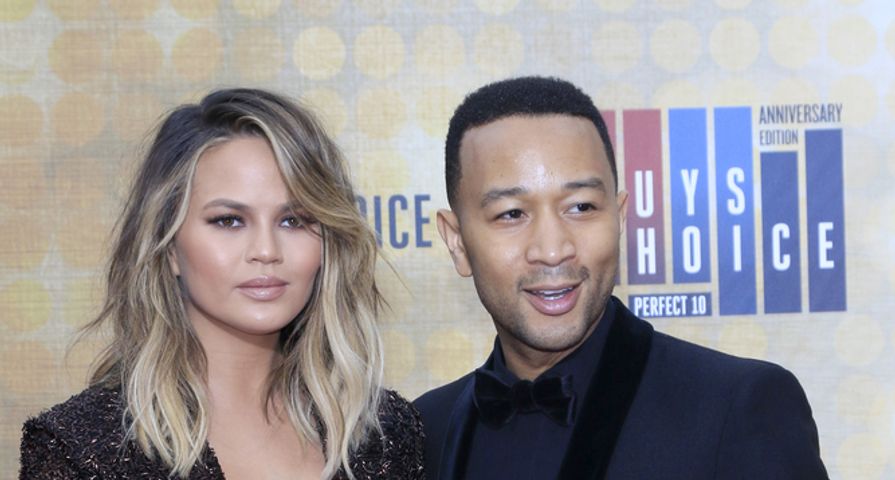 When Piers Morgan opens his mouth, there’s a good chance he’s going to say something controversial.

The British TV personality did just that on Sunday when he took to Twitter to comment on the recent passing of Muhammad Ali. Morgan wrote, “Muhammad Ali said far more inflammatory/racist things about whites than Donald Trump ever has about Muslims. #fact.” He added, “Why sugar-coat what Ali said or stood for? He never did that to himself, or when speaking of others.”

The comments upset fans of Ali, including a notable celebrity couple, John Legend and Chrissy Teigen. Legend responded to Morgan’s tweet by saying, “.@piersmorgan you could test us by announcing your retirement,” with Teigen adding, “@johnlegend from what? trolling isn’t a job (I’ve tried).”

Although Legend left it at that, Teigen wasn’t done yet. Morgan tweeted back to Teigen: “Maybe I should take up a proper job, like modelling?” The quick-witted model replied, “@piersmorgan it keeps me nice and not-racist so sure, give it a go.”

The argument continued for several more posts until Teigen finally concluded. “I can’t tweet him anymore. He has fans somehow and they…they aren’t quite ‘all there’, as they say” and “my newborn just looked up at me and said ‘mommy, why is piers morgan so unequivocally douchy?’ i didn’t know what to say.”

Legend and Teigen weren’t the only ones to call out Morgan for his comments. To clarify his points, Morgan wrote a detailed article in the Daily Mail. “I didn’t intend to disrespect Ali with my tweet, as many claimed,” he wrote. “Why would I when just 24 hours earlier I had written a heartfelt tribute to him as the greatest superstar icon of my lifetime? But I did intend to offer the anti-Trump brigade some historical perspective about their own hero as they vented their collective spleen. Of course, that spleen then promptly vented itself on me, but I make no apology.”

Teigen attended a fundraiser for presidential hopeful Hillary Clinton on Monday night and was vocal about her dislike of Trump by calling him a “racist.”