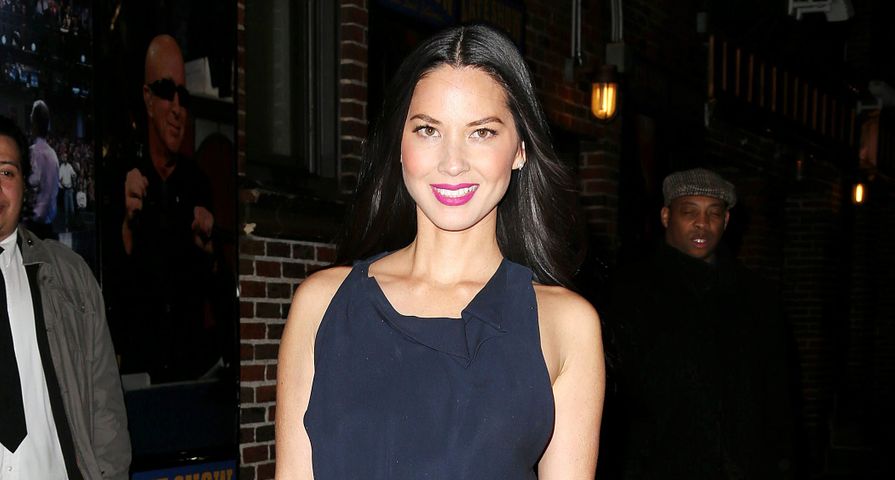 Actress Olivia Munn, 34, confirmed her relationship with Super Bowl winning quarterback Aaron Rodgers, 31, of the Green Bay Packers back in April when the two were spotted at the 49th Annual Academy of Country Music Awards, shortly after breaking up with boyfriend of two years, actor Joel Kinnaman.

Since then the couple have been seen together enjoying basketball games on Rodgers’ off days and he even gave Munn a special ring, but not an engagement ring.

Now that the relationship has progressed, host Andy Cohen asked some very personal questions regarding the couples “pre-game rituals” when Munn took part in a Plead the Fifth segment on Watch What Happens Live with Cohen.

After a rough start to the season the Packers have become the dominant team in their conference and Cohen suggested Munn was Rodgers’ good luck charm and asked if it was because they had sex on game days.

“I will say that all the good luck charms are on the field and in the stands so it has nothing to do with me. And uh, no we don’t. Not on game day. There’s not a rule, but it just doesn’t happen because there’s other things to focus on,” The Newsroom actress spilled.

Cohen and fellow guest Padma Lakshmi didn’t let it go there though asking, “If he plays well, do you have sex after the game?”

Munn didn’t back down and answered honestly, “Depends on how late the game is” and when asked if the night before counts as game day she said, “There’s no rules, by the way. It just doesn’t happen usually because there’s a lot to do. But usually yes. I try to have sex as much as I can.”

While she was open about her intimacies with the hot quarterback, she quickly avoided the question of a celebrity we would be surprised to learn she hooked up with, choosing to “plead the fifth.”