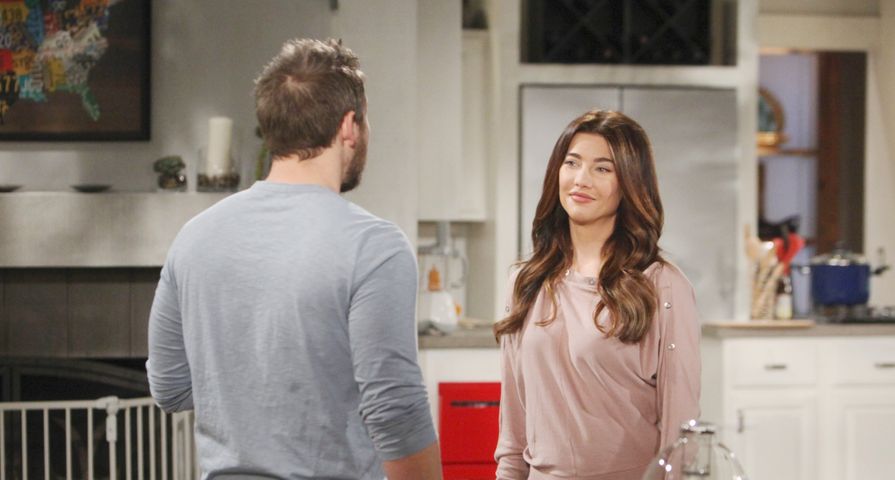 Original episodes of Bold And The Beautiful (B&B) will begin airing again on Monday, July 20, according to Deadline.

As most viewers know, the sudser returned to filming a few weeks ago. The B&B had halted production on March 17 and the last original episode aired on April 23. Rumor has it, two of the episodes that will air next week were taped just before the shutdown. The other three episodes were filmed recently.

“We’ve been modifying our spaces, modifying our studio, our booth,” Executive Producer and Head Writer Bradley Bell recently told The Hollywood Reporter about returning to filming.

“We’ll shoot one side of the couple in a romantic scene alone in the room, but looking at a spot very close to them, and then shoot the other side alone. When we edit it together, it will look like they’re nose to nose.”

The week will also mark the debut of Tanner Novlan, who will play Steffy Forrester’s (Jacqueline MacInnes Wood) new love interest Dr. John “Finn” Finnegan. Spoilers tease Steffy will be involved in a traffic accident and Finn will be her doctor. Novlan’s first episode is set to air on July 23.

Will fans finally also find out what happened to Flo Fulton (Katrina Bowden) after Dr. Penny Escobar (Monica Ruiz) conked her on the head with a candlestick? Keep watching B&B to find out!