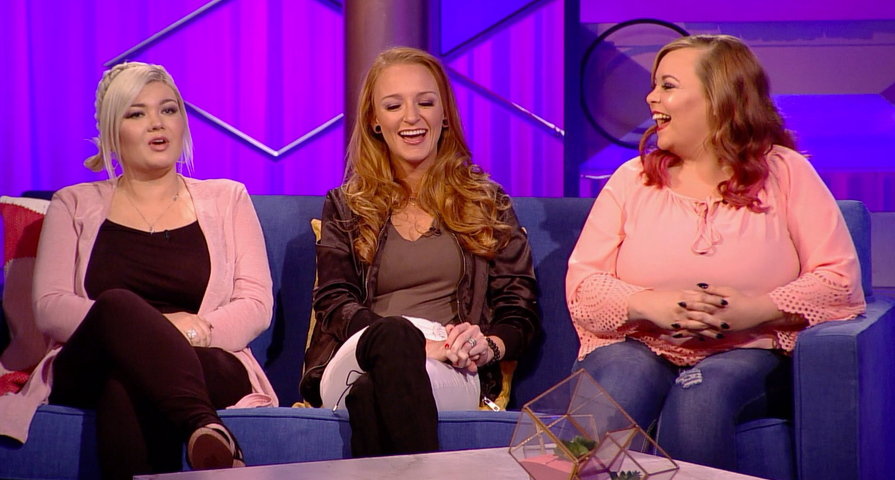 It seems MTV has had a change of heart when it comes to who will be replacing Farrah Abraham as the fourth mom on Teen Mom OG.

Back in February, it was reported that after Abraham’s firing, MTV had chosen Teen Mom 3 star Mackenzie McKee to take over the open slot on Teen Mom OG after the network has also considered filling the spot with Ryan Edwards’ wife Mackenzie Standifer. Although multiple outlets reported the news about McKee being the new star, MTV never ended up making a statement confirming the news and now The Ashley is reporting that the network has gone completely outside of the Teen Mom family but stayed within MTV to find their new Teen Mom OG star.

According to the report, The Challenge star Cheyenne Floyd has been selected as the fourth mom! MTV and The Challenge fans know that in late 2017, Floyd and fellow The Challenge star Cory Wharton surprised everyone when they revealed that Floyd’s daughter Ryder was also Wharton’s after Floyd had kept the identity of her daughter’s father a secret for many months.

The Ashley reports that while MTV considered both Mackenzie’s first, their interest in them “fizzled out.”

“[The network] realized that the fans weren’t going to be excited about either option,” a source said. “So they continued to look.”

Once again, MTV has not released the news but The Ashley is adamant Cheyenne is the new Teen Mom OG star and the series has been renewed for another season. “It’s official,” the source said. “The only way this doesn’t happen is if Cheyenne or Cory backs out, but contracts have likely already been signed so it’s highly unlikely.”

Those who follow both MTV’s Teen Mom and The Challenge stars on Twitter may have noticed there has been increased communication between the two, but not necessarily between Cheyenne Floyd and any Teen Mom stars, however that is a good indication that the two series’ may begin to interchange stars.