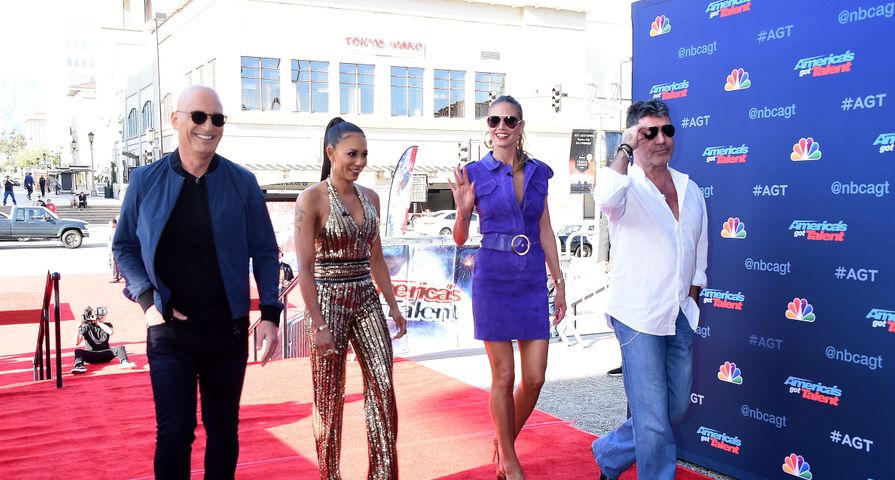 With last night’s live broadcast of America’s Got Talent, it’s clear that anything can happen on live TV, including one of the judges walking off!

America’s Got Talent experienced a few technical difficulties in last night’s episode which left one group unable to perform and of course, it was all broadcast live for viewers to witness. Additionally, a disagreement between judges Mel B and Simon Cowell occurred which led to Mel walking off the show.

The argument followed a performance from escape artist Demian Aditya where Simon shared an unusual critique. “I kind of think it will be like Mel B’s wedding night,” he shared. “A lot of anticipation, not much promise.” Mel B did not hesitate to intervene on Simon’s thoughy and grabbed her Dunkin Donuts mug and poured the remainder of her drink on him. “Mel B is out. This is live TV, all. Live TV,” host Tyra Banks shared as Mel B left the judges table. Howie Mandel added, “Something just went wrong.”

The judges eventually reconvened after Simon’s unnecessary comment, but more chaos ensued later in the episode. Dance crew Light Balance was unable to perform their set live and instead, the judges were forced to voice their opinions based solely on dress rehearsal footage rather than a live performance. “These are my guys,” Tyra told the crowd. “They’re having technical difficulties.”

Of course, Cowell’s comment is even more insensitive as Mel B has recently gone through a very public divorce where it was revealed she had been severely abused over the years in her marriage to Stephen Belafonte.

America’s Got Talent airs Tuesday and Wednesday nights at 8 p.m. on NBC.