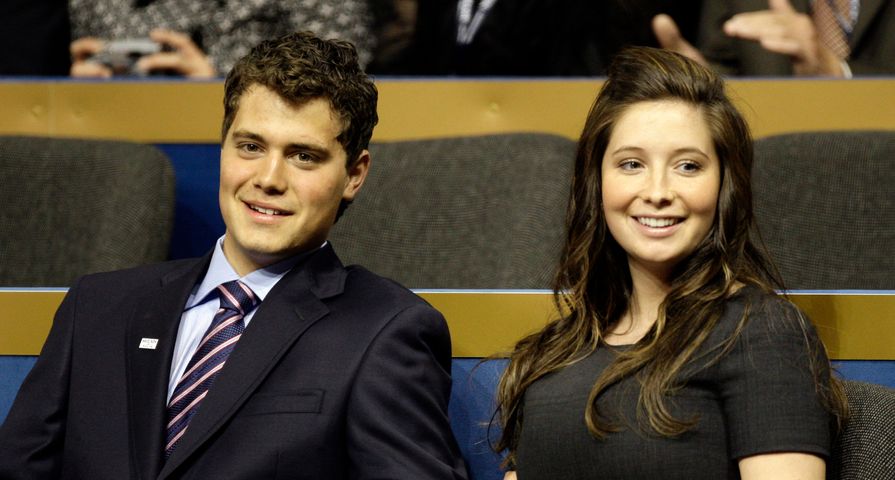 Things You Might Not Know About Tyler And Catelynn Baltierra's Relationship
Chuck Kennedy/MCT/ABACAPRESS.COM

When Teen Mom OG returns, it will have a few new faces!

After it was previously reported that Bristol Palin would be the newest cast member on the MTV series following the exit of longtime star Farrah Abraham, it seems her extended family will also be making appearances.

Sunny Johnston, the wife of Palin’s ex-fiance Levi Johnston and father of her eldest child, Tripp, took to her Instagram Stories for a round of “ask me a question.” One follower asked Sunny if she and Levi were going to be on Teen Mom OG and she replied, “Yes.” Like some of the other exes on the show, they will not be official cast members however.

When someone asked, she simply replied, “nope,” before clarifying, “Never been a teen mom. Hubby was a teen dad though.”

Many will remember that both Palin and Johnston were thrust into the spotlight as teens back in 2008 when the then 17-year-olds were revealed to be expecting their first child which caused an uproar of controversy as Bristol had been a spokesperson for teen abstinence for years.

The pair ended their engagement three months after the birth of their son, but a year later reconciled only to call off their engagement and break up for good three weeks later. Johnston went on to marry Sunny in 2010 and the pair have welcomed two daughters, meanwhile Bristol married Dakota Meyer and welcomed two kids with him, but the pair are now divorced.

Back in May, Bristol reflected on becoming a teen mom 10 years ago in an Instagram post. “10 years ago this week – my life took the biggest possible turn,” Bristol began. “I was 17 and a junior in high school.. it took hearing your heartbeat for a positive pregnancy test to really mean anything to me.. and took holding you in my arms to realize my life was going to be changed forever.”