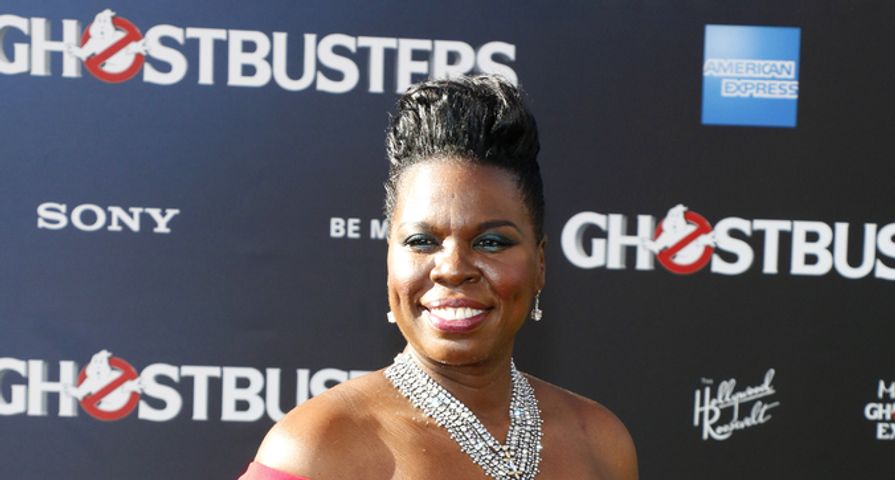 Ghostbusters star Leslie Jones was the target of hateful vitriol on Twitter this week. On Monday night, the comedian shared several racist and misogynistic messages that had been directed towards her on Twitter. Jones said the tweets brought her to tears, and urged Twitter to do more to curb abusive behavior.

“It’s like when you think, ‘OK I’ve proven I’m worthy’ and then you get hit with a shovel of (hatred),” she wrote. “I feel like I’m in a personal hell. I didn’t do anything to deserve this. It’s just too much. It shouldn’t be like this. So hurt right now.”

Jones said Twitter needed to do more to protect users from being verbally attacked by internet trolls. “Twitter I understand you got free speech I get it. But there has to be some guidelines when you let spread like that. You can see on the…Profiles that some of these people are crazy sick,” Jones tweeted. “It’s not enough to freeze Acct. They should be reported. And for all the ‘don’t stoop to their level people’ it’s way past that. So please have a seat. Don’t tell me how to react.”

She added, “You have to hate yourself to put out that type of hate. I mean on my worst day I can’t think of this type of hate to put out.”

Jones’ tweets prompted a response from Twitter’s chief executive Jack Dorsey, who urged Jones to contact him. Soon after, Twitter released a statement about the upcoming changes it will be making to its harassment policy:

“People should be able to express diverse opinions and beliefs on Twitter. But no one deserves to be subjected to targeted abuse online, and our rules prohibit inciting or engaging in the targeted abuse or harassment of others. Over the past 48 hours in particular, we’ve seen an uptick in the number of accounts violating these policies and have taken enforcement actions against these accounts, ranging from warnings that also require the deletion of Tweets violating our policies to permanent suspension.”

“We know many people believe we have not done enough to curb this type of behavior on Twitter. We agree. We are continuing to invest heavily in improving our tools and enforcement systems to better allow us to identify and take faster action on abuse as it’s happening and prevent repeat offenders. We have been in the process of reviewing our hateful conduct policy to prohibit additional types of abusive behavior and allow more types of reporting, with the goal of reducing the burden on the person being targeted. We’ll provide more details on those changes in the coming weeks.”

One Tree Hill’s Sophia Bush wrote, “@Lesdogg. You’re amazing. What happened to you on Twitter today is awful. We need your light & your fight #LoveForLeslieJ”

Academy Award winner Brie Larson tweeted,  “I have unlimited #LoveforLeslieJ – and no tolerance for hateful remarks.”

Still, the hateful comments were enough for Leslie Jones to take a break from Twitter. In her most recent tweet, the actress wrote, “I leave Twitter tonight with tears and a very sad heart. All this cause I did a movie. You can hate the movie but the s–t I got today…wrong.”