Lauren Conrad Talks About Standing Her Ground On ‘The Hills’ 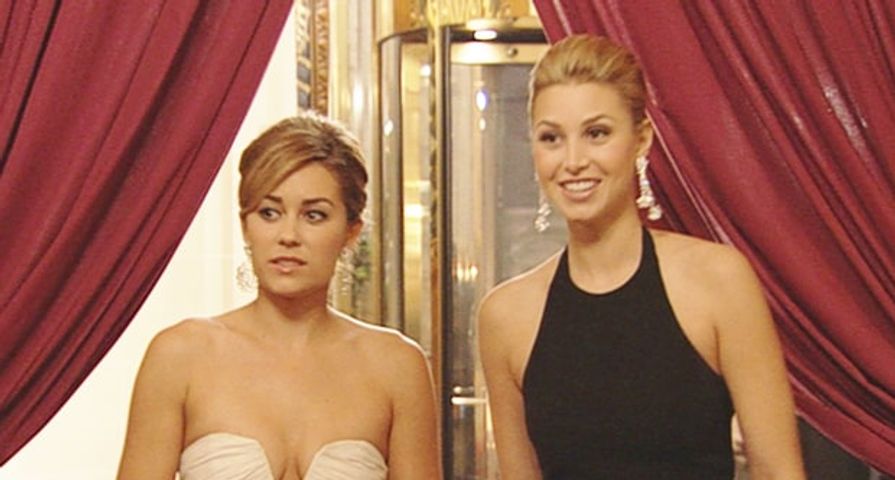 Can you believe it’s been 10 years since The Hills debuted on MTV? In an exclusive interview with US Weekly, The Hills alum Lauren Conrad looks back at the show, including some of the less glamorous parts.

Back in 2008 when the 30 year old reality star was filming season 3, Conrad said the producers had a direction for the show she didn’t agree with. “At that point, they had picked out this boy — they had this idea that I needed to fall in love in Paris,” she states in the interview. “So they had picked out this boy who was very nice, but I just wasn’t interested.” The producers were persistent about Conrad hooking up with the guy and wanted her to kiss him.

And Lauren’s response? A hard no. “And I got into a huge fight with my producer in the lobby! He was like, ‘You didn’t even give him a kiss good night.’ And I was like, ‘I don’t like that boy — why would I kiss him good night?!'” The producer thought the kiss would be a perfect ending for the season but Conrad disagreed and stood her ground.

The producers also hoped she and co-star Brody Jenner would get together. While Conrad and Jenner were friends, the feelings never went beyond this level. Conrad says, “It was always a blurred, weird relationship. … He was always very sweet to me, and we enjoyed each other’s company, but I think it was one of those things where producers really wanted us to be together, and we both knew that we didn’t really have that kind of chemistry. But at the same time, we were friends, and we were happy to film together.”

The Hills aired for 6 seasons from 2006-2010. Since the show, Conrad has launched her own fashion and beauty brands, and a series of novels.