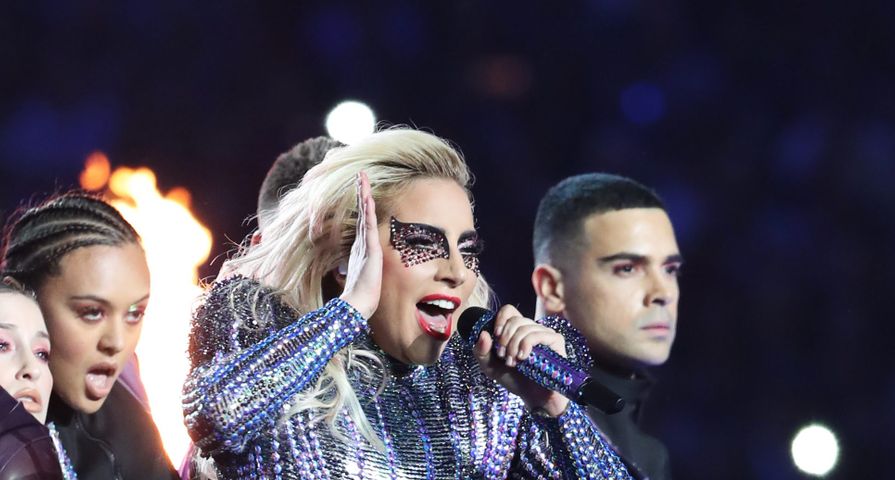 Putting on the halftime show at the Super Bowl is a huge undertaking for any artist, but Lady Gaga did not disappoint.

In case you missed, the pop superstar stopped at nothing for her performance which included jumping from the roof of Houston’s NRG Stadium, acrobatics in the air and of course a visually stunning stage and lights.

Her 13-minute performance began with a rendition of a medley of “God Bless America” and “This Land is Your Land” on the roof of the stadium before she jumped and was lowered onto the stage below where she sang “Poker Face” and “Telephone.”

Gaga did not undergo any elaborate costume changes and instead focused on putting on a show with just the music as she made her way around the stage and sang “Bad Romance,” and slowed it down for her new track “Million Reasons.” She ended the show clad in a revealing “football” style outfit and dropped her mic before catching a ball and jumping off the stage.

Following the career-defining performance, the 30-year-old announced her world tour for her new album Joanne which begins on August 1, 2017 in Vancouver, British Columbia and will wrap up on December 14 with a show at the Vivint Smart Home Arena in Salt Lake City, Utah.