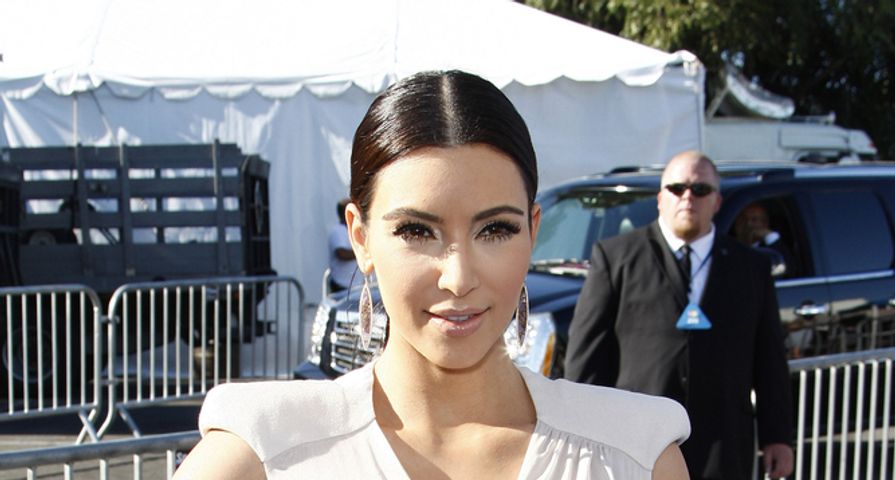 Kim Kardashian is usually positive about everything — but she’s still miffed that Beyonce and Jay-Z skipped her wedding.

Appearing on Late Night with Jimmy Kimmel, the 33 year-old reality star admitted that not everything went perfectly on the day of her nuptials to Kanye West.

She alluded to guests who decided not to come at the last minute, saying, “The worst was someone canceling last minute and not telling us.” We all know she’s talking about Beyonce and Jay-Z.

Their decision to skip the lavish affair in France upset Kim because she had engraved the names of the guests on a giant marble table, and didn’t want it to be inaccurate (or more likely, make it obvious to guests who decided not to show up).

Check out the video to see what Kim decided to do about the extra names at the last minute!

Kim didn’t quite slam Beyonce, but her comments do hint at a feud between the two celebs that many say has been brewing for a long time.

Kim also challenged Jimmy to a diaper-changing race, saying that she’s “obsessed” with changing diapers. Jimmy and his wife have a new baby too, but Kim beat him by changing four diapers when Jimmy only got through three.