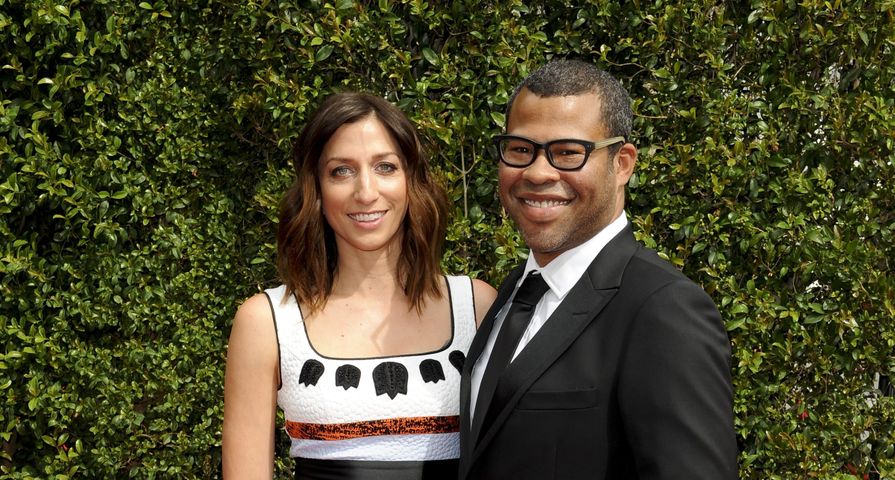 This is going to be one hilarious wedding!

The two took to Twitter on Saturday, Nov. 28 to reveal the big news. Peele, 36, was the first to make the announcement by simply tweeting out to his fiancee a diamond ring emoji, and then Peretti, 37, took to her own account to add some details, “My fiance (lololol) @JordanPeele proposed to me last night during the family talent show lolol.”

The pair have been dating for more than two years and have attended many events together, quickly becoming a favorite couple in the comedy and celebrity circles, receiving a lot of well wishes on social media following the announcement.

Actress Mindy Kaling tweeted, “@chelseaperetti Jordan Peele congratulations, you two. You are such a cool couple.” Other well wishers included T-Pain, Tatum O’Neal, Henry Winkler and Sandra Bernhard who plays Peretti’s mother on the show Brooklyn Nine-Nine, writing, “I am so happy for my daughter @chelseaperetti oh honey I hope your wedding is a beautiful as mine was! Love you kiddo!”

After it all, Peele took to his Twitter again to share a picture of New York Giants receiver Odell Beckham Jr. laying out for a catch, writing, “Had to snag my girl @chelseaperetti like…”