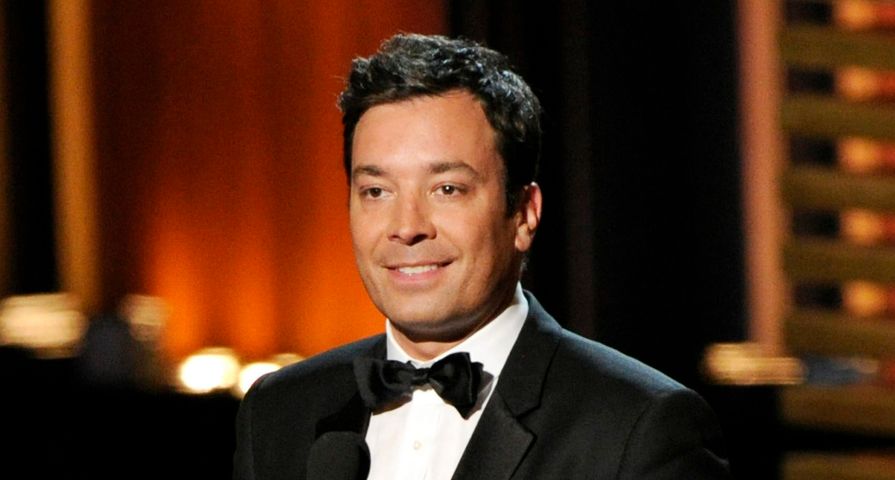 At the beginning of the summer, late night host Jimmy Fallon had to take a two week break after nearly having to have his finger amputated in a crazy injury when he fell in his kitchen.

Luckily doctors saved his finger and he has been on the mend ever since, but unfortunately Fallon landed in the hospital yet again over the weekend. While in Cambridge, Massachusetts, Fallon was being honored by Harvard University’s humor magazine Harvard Lampoon and that is when he tripped and fell while holding a bottle of Jaegermeister and had to go to Massachusetts General Hospital.

It seems the accident occurred when a girl kneeled abruptly in front of him and as he turned he tripped over her and, although he declared he was fine, he quickly went to the hospital in the limo.

Fallon later updated everyone on his status posting a picture of his right hand which only had a couple of band-aids on it, writing, “Nothing that a few band aids couldn’t fix,” confirming that the fall wasn’t serious at all, although in pictures after he returned from the hospital his hand was much more heavily bandaged.