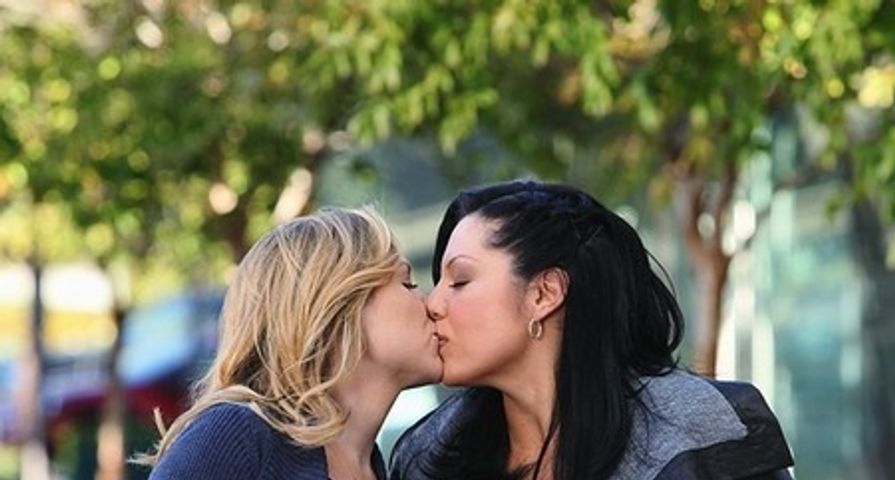 Last week, fans of Grey’s Anatomy were sad to learn about Sara Ramirez’s unexpected departure from the show after 10 seasons. Many fans said goodbye to Ramirez on social media and expressed their love for her character, Callie Torres. Now fellow cast members are extending their well wishes to the actress. On Monday, Grey’s co-star Jessica Capshaw joined in to wish Ramirez all the best for the future. In a Twitter post, Capshaw writes, “Congrats on 10 incredible years! I wish @SaraRamirez the very best & I celebrate what Callie has given to all of us.”

Capshaw joined Grey’s Anatomy in 2009 as Dr. Arizona Robbins and became a love interest for Ramirez’s character Torres. In an interview, Shonda Rhimes, the show’s producer, was ecstatic about the two characters getting together. “I love Jessica Capshaw,” she praised. “And when I say love I mean love. She couldn’t be a more wonderful person, and I feel like the chemistry Arizona and Callie have feels like the Meredith and Derek chemistry to me. I find them delightful to watch.”

The characters had a tumultuous relationship – getting married and eventually separating. Even though the couple has a heated custody battle over their daughter, Sofia, they ultimately agree to a shared custody agreement for the sake of the child.