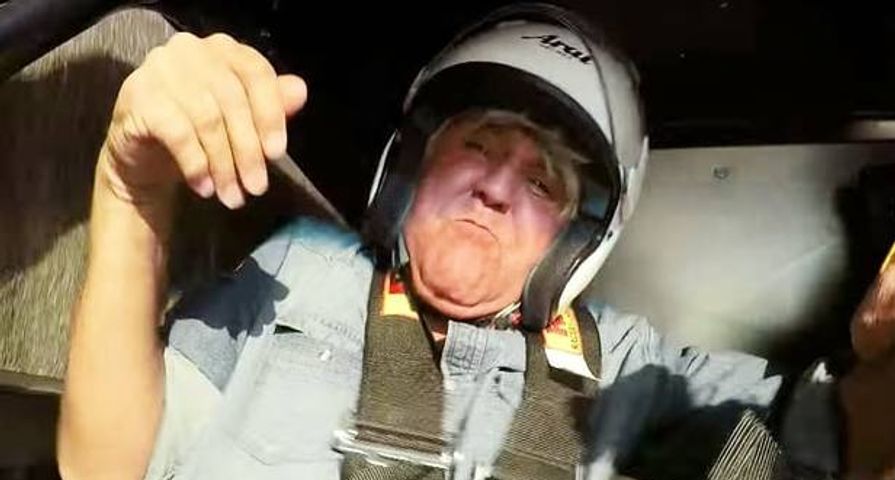 Former Tonight Show host Jay Leno got to tick something off his bucket list, but it didn’t go down quite as planned.

In a season 2 episode of his show, Jay Leno’s Garage, the star buckled up to ride in the famed Hurst Hemi Under Glass Plymouth Barracuda race car. As a kid, Leno fell in love with the car for its ability to drive on its two back wheels. He teamed up with the car’s original driver, 80-year-old stuntman Bob Riggle, to take the car out for a wheelie.

Something quite scary, actually. Things started off smoothly for Riggle and Leno as they took to California’s Irwindale Speedway for a ride. But as the Hurst Hemi went into a turn, it faltered on the track and rolled over several times. Fortunately, Riggle and Leno wore protective gear and seatbelts, and were able to walk away from the accident unharmed.

“This is only the second accident I’ve had in 50 years of running this car!” Riggle told Leno. Although a little disoriented, Leno didn’t seem so bothered. When the show’s producer asked Jay if he was OK, he replied, “Oh yeah, I’m fine. It doesn’t get more exciting than that!”

You can watch the crash in the video below.