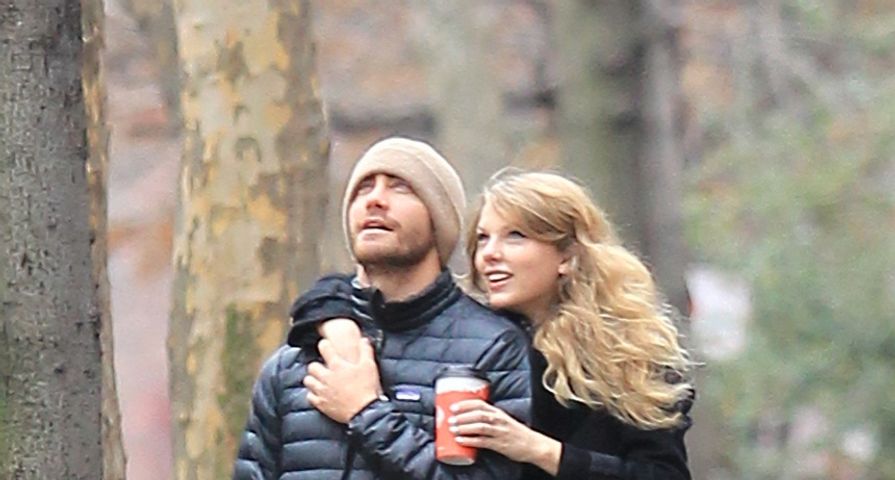 Jake Gyllenhaal finally responded to a question about his relationship with ex-girlfriend Taylor Swift while being interviewed about his upcoming film, Stronger!

Gyllenhaal sat down with Boston Marathon bombing survivor Jeff Bauman, whom he plays in the film, and the two openly discussed movies, restaurants and surprisingly, famous ex-girlfriends! The interview took place on Facebook Live and was light-hearted in tone before Bauman shifted the conversation to Swift, who recently dropped her new single “Look What You Made Me Do”

“If you lost your legs in real life, do you think Taylor Swift would write a song about it?” Bauman questioned. Gyllenhaal clarified the question by countering, “For me, or about it?”

“For you. Like a country song,” Bauman said, to which Gyllenhaal responded, “She sort of moved more into pop now.” It seems that Gyllenhaal has been keeping tabs on his ex-girlfriend and her evolving music style, which makes us wonder whether he too is anxiously awaiting the full album of Reputation to drop?

Swift and Gyllenaal dated briefly in late 2010 for about three months. Several of her hit singles were thought to have been inspired by the fleeting relationship including “All Too Well” and “We Are Never Ever Getting Back Together.” Despite Swift opening up their relationship to the public through her music, Gylllenhaal has not reciprocated and rarely responds or acknowledges questions about Swift.

Gyllenhaal’s sister, Maggie Gyllenhaal, was also recently questioned about the relationship and expressed how baffled she is when she is asked about the infamous scarf Swift claims she left at Maggie’s house in one of her songs about Jake. “It’s totally possible. I don’t know. I have been asked this before,” the actress joked.

Reputation is set to be released later this year on November 10.