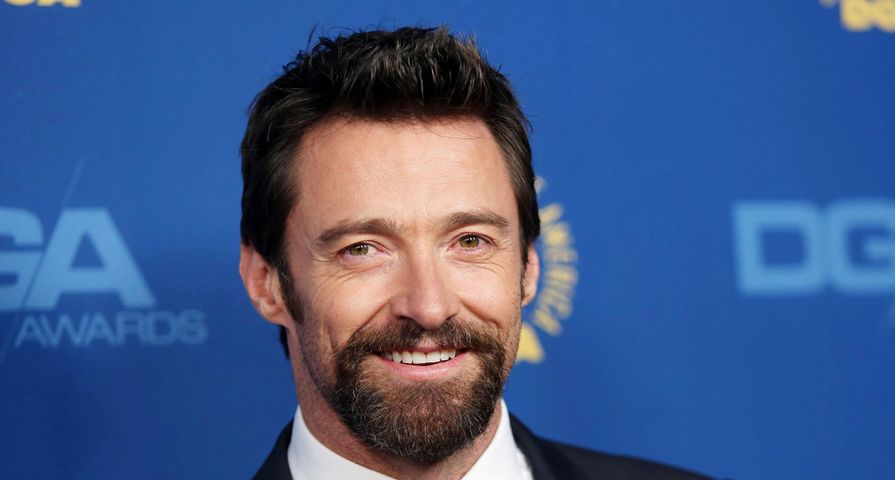 Jackman posted to Instagram on Wednesday morning praising Legend while also making fun at another former Sexiest Man Alive, Ryan Reynolds. Jackman and Reynolds have been in a hilarious “feud” for years.

“Dear John. Massive congrats on joining this very very prestigious group,” Jackman captioned his Instagram video. “99 percent of the time, PEOPLE Magazine get[s] it right. Such as Blake [Shelton], [Dwayne Johnson], etc … But a word of caution. There is the 1 percent. Exhibit A. It’s important that you fall in with the right crowd. Enjoy your reign. Love Hugh.”

In the clip posted to Instagram, Jackman purposely dropped his Sexiest Man Alive magazine cover in front of Reynolds.

“I have an issue somewhere, I have a few of yours,” Reynolds said in the video. “Usually I cut the eyes out or the mouth, but that’s just me, that’s how I roll.”

Reynolds was titled Sexiest Man Alive in 2010, whereas Jackman was crowned 2008’s Sexiest Man Alive. Legend was announced as the 34th person to receive PEOPLE’s 2019 title on Tuesday night’s episode of The Voice.

The country singer also presented Legend with a pair of jean cut-off shorts, bedazzled with the word “VEGOTSMA” on the back.

“You already came into this show as an EGOT,” explained Shelton, who referenced Legend‘s Emmy, Grammy, Oscar and Tony wins. “Then you won The Voice so it became a VEGOT. Now you have a ‘VEGOTSMA.’ You’re the only one.”

“I don’t know what to say,” Legend replied. “I want to thank, of course, PEOPLE Magazine, but mostly I want to thank Blake Shelton, because I sat next to him for the last few months and I learned his sexy ways. I observed every move he made, every utterance that came from his mouth and I think some of it rubbed off on me. I think that has everything to do with why we’re here today.”

“My G Congratulations brother!!! You deserve it,” Elba wrote, retweeting Legend’s post. “DO NOT TELL @TheRock He still thinks he’s got the title, I didn’t have the heart to tell him when I took it.”

Dear John. Massive congrats on joining this very very prestigious group. 99% of the time, People Magazine gets it right. Such as Blake, DJ, etc … But a word of caution. There is the 1%. Exhibit A. It’s important that you fall in with the right crowd. Enjoy your reign. Love Hugh