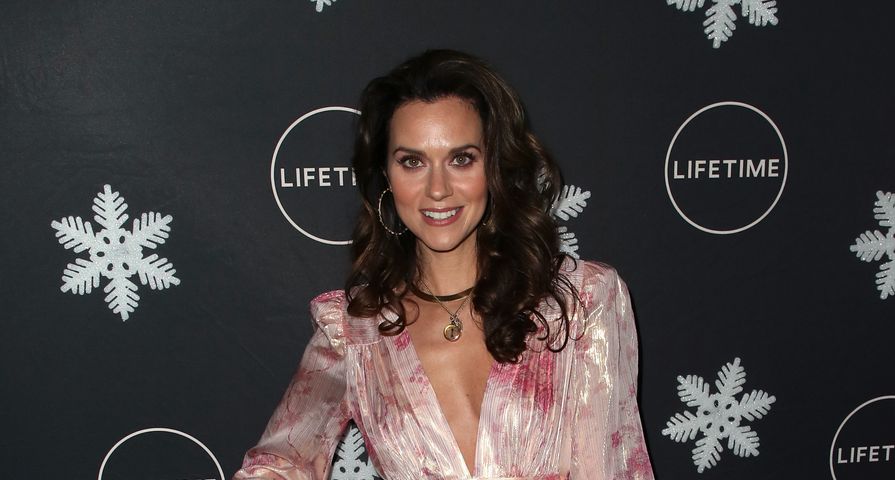 The Lifetime network has created a large and loyal fanbase for the network’s It’s A Wonderful Lifetime Christmas campaign, and it doesn’t hurt that the holiday films often reunite casts from former shows.

Now that former One Tree Hill star Hilarie Burton has become a staple in Lifetime Christmas films, she is getting her former OTH costars in on the fun too! Last year she starred alongside Antwon Tanner, Danneel Ackles, Robert Buckley and Tyler Hilton, all One Tree Hill alum, for a Christmas Contract, and One Tree Hill fans should get ready to see a lot of familiar faces in her movie this year, A Christmas Wish!

“We got to do a One Tree Hill reunion last year for The Christmas Contract, so this year we had an even bigger cast, so we got to pull in more of our friends,” Burton told Us Weekly at the It’s A Wonderful Lifetime junket. “Colin Fickes had played Jimmy Edwards on One Tree Hill and I think he was a really underutilized character and he ended up coming back and making a significant impact on the show. Colin is a wonderful actor and when we were trying to figure out who would play Tyler Hilton‘s brother — they have the same crystal blue eyes! Colin is such a pro and is also such a joy, so it was really great to bring him in.”

Along with Hilton and Fickes, A Christmas Wish also features One Tree Hill stars like Barbara Alyn Woods, Antwon Tanner, and Lee Norris!

“It really becomes an exercise in figuring out which of your friends is available and is right for the part and we’re just so lucky that when we call, people love the genre,” she explained. “It’s fun, so it’s an easy thing to call and ask someone to do.”

The actress also opened up about why everyone’s secret guilty pleasure, made-for-TV Christmas films, have now become massive around the holiday season. “When you go to film school — which I didn’t do, but I read a couple of books about it — they talk about how when there is trauma going on in the real world, when there’s crazy stuff happening all around you, it’s so important for mental health for you to have a break from that and to have something soft and gentle, and Christmas movies are that,” Burton said. “You know it’s going to be a happy ending, you know it’s going to be fulfilling. You know that the subject matter is going to be gentle, so it’s very rewarding to make something that you know families will sit down and watch together, that it’s soothing. Creating something that’s optimistic is important right now.”

In A Christmas Wish, Burton stars as a middle school art teacher named Faith, and her sister is played by Megan Park, Tyler Hilton’s real-life wife. “Faith’s character is someone who obviously puts her job and the kids and everyone else before herself,” Burton said at the junket. “So her little sister comes to town with a cute boyfriend and is very, very happy and wants her older sister to also find some happiness. And so she makes a wish for her older sister that she finds true love at Christmas.”

A Christmas Wish premieres Nov. 28 at 8 p.m. ET on Lifetime.