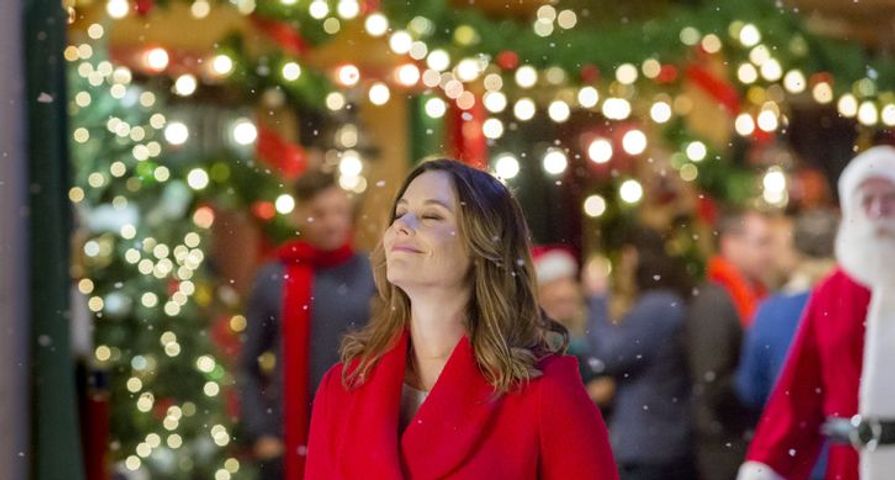 The Hallmark Channel has become the go-to destination for all holiday-themed super sweet television films and now it is giving fans a whole new way to get into the spirit!

“Take a break from binge watching the Hallmark Channel while still enjoying everything you love about it with this twist on the classic Monopoly game. Everything from the seasonal board to the collectible tokens are Hallmark-themed. So whether you’re buying a Christmas tree farm or a bed & breakfast, you’ll experience all the thrills of the beloved board game in a Hallmark kind of way. Makes a perfect gift for fans of the network or the classic game,” the product description for the game reads.

Hallmark has extended its signature romance films for all seasons including Spring Fever, Summer of Love, Fall Harvest and Countdown to Christmas, all of which are featured in the game.

Earlier this year, the network announced it was releasing a record-breaking 40 new Christmas and holiday films for its Countdown to Christmas and Miracles of Christmas campaigns. Along with a board game, fans can play the all-new Fantasy game and use the app to check off each film as they watch!

There’s nothing like quality time with your loved ones during the holidays! This season, those reunions are about to get even more special! Gather your family and closest friends together #Hallmarkies for a special Hallmark Channel edition of Monopoly! Check it out at the link in bio! 🎁🎄