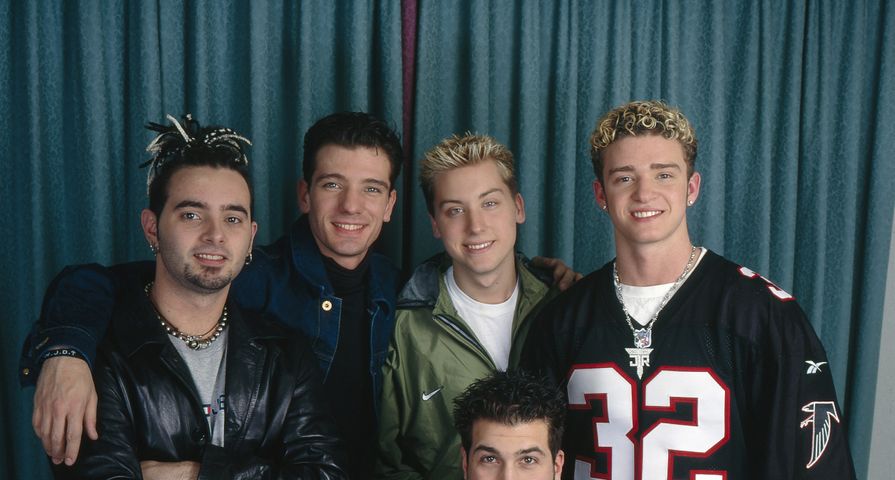 Crazy Celebrity Gifts From Christmas' Past

The music industry is incredibly cutthroat and nearly ever artist has dealt with an album or at least a few songs they didn’t like, but when it comes to Christmas albums it seems it is all fair game. Many celebrities, some of whom aren’t even singers, have put out Christmas albums and the results haven’t always been positive. While we all know the likes of Bing Crosby and Elvis Presley will always have the best Christmas albums ever, check out some of the best and worst Christmas albums from modern celebrities:

Many may not remember this but Hilary Duff’s first ever studio album that she released when she was only 15 years old was a Christmas album! Titled “Santa Claus Lane,” Duff’s 10-track debut studio album featured covers of classic Christmas hits and even featured songs with Christina Milian, Lil’ Romeo and her sister Haylie Duff. Unfortunately, the album is far from a Christmas go-to, and critics found it strange that she would choose to debut her singing career with a Christmas album. Hilary Duff is very talented and the bubblegum-Christmas-pop album does not do her justice.

Mariah Carey’s 1994 “Merry Christmas” album was the singer’s fourth studio album in four years, and remains one of her best works of her career. Her single “All I Want For Christmas Is You” has become one of the most famous Christmas songs of all-time and in turn “Merry Christmas” is one of the best-selling Christmas albums of all time. While the album is clearly one of the favorites when it comes to fans, critics also had nothing but good things to say. Barry Schwartz of Stylus Magazine believed Merry Christmas may have been “the definitive Mariah Carey album”, finding the singer at “her absolute creative and commercial peak, her voice still a marvel, her songs and performances still undeniably brilliant.”

There is no doubt that Sia is an incredible singer, but for some singers, even the best ones, a Christmas album doesn’t always work out. Sia released “Everyday Is Christmas” in 2017 as her eighth studio album and it featured ten original holiday songs. Fans felt that the album was completely devoid of everything they love about Sia’s music, and the feeling was echoed by critics with the album only getting “mixed” or “negative” reviews. In the end, Sia’s recent Christmas album was less than impressive and was even more disappointing because of how incredibly talented she is.

After a ton of success with his first five albums, John Legend got into the Christmas spirit with his sixth album “A Legendary Christmas.” Even though the singer only released the album in October, 2018, the album has become incredibly popular and there is no doubt that John Legend has the perfect voice for Christmas songs. The best thing about “A Legendary Christmas” is that the singer mixed covers of classics like “Silver Bells” with some of his own originals.

Thanks to his acting career, a lot of people don’t think of David Hasselhoff as a singer but in the late ’80s his music career took off but just because you can release a Christmas album doesn’t mean you should. In 2004 “the Hoff” released “The Night Before Christmas” which featured 14 covers of holiday favorites ranging from “Deck the Halls” to “O Holy Night.” While he released the album in all seriousness, everyone felt it was more of a joke and before long it was regarded as the worst celebrity Christmas album of all time. While it was not a good album, at least Hasselhoff had some singing experience which isn’t the case for some celebrities who have released Christmas albums.

In a very bold move, NSYNC followed up the success of their debut album with a Christmas album called “Home For Christmas” which was released on November 10, 1998. Unlike for some other artists, it was a bold move that paid off as “Home For Christmas” became an instant hit and reached number five on the US Top Holiday Albums Billboard chart. As of 2014 it was the fifteenth best-selling Christmas/holiday album in the U.S. which is an impressive ranking for a pop boy band. While fan support is one thing, the album is actually good because although they of course stuck to what they knew in terms of sound, it also demonstrated that these guys had actual talent.

8. Miss: Justin Bieber – “Under the Mistletoe”

Much like NSYNC did years before, Justin Bieber followed up the success of his debut album “My World 2.0” with a Christmas album. The young singer released “Under the Mistletoe” on November 1, 2011, and all the Beliebers absolutely loved it and it even charted number one on the US top 200 Billboard. Unfortunately outside of Bieber’s passionate fanbase many did not have anything positive to say about the album, especially when it came to Bieber’s twist on Mariah Carey’s “All I Want For Christmas Is You” with his own track “All I Want For Christmas Is You (Superfestive!)” which even featured Carey. “Under the Mistletoe” is the perfect example that a popular album is not necessarily a good one.

Even when it comes to some of the best singers, their sounds just don’t work well with Christmas songs, but that is not true for Josh Groban. For his fourth studio album, Groban released “Noel” and it quickly became the best-selling album in the US for the entire year of 2007 and by 2015 it had become the second best-selling holiday album since Nielsen began tracking record sales. Unlike for Justin Bieber, the incredible success of Groban’s album was in reflection of just how good it is. Fans and critics alike couldn’t get enough of “Noel” and in October 2017 Groban celebrated the album with a tenth-anniversary deluxe edition release which featured six additional songs and four new recordings.

While many probably chose to forget it happened, Rosie O’Donnell did indeed release a Christmas album called “A Rosie Christmas” in 1999. The most interesting thing about the album is that the comedian and actress was able to recruit some truly amazing talents to duet each song with her including Celine Dion, Cher, NSYNC, Elton John and more and it was still an incredibly bad album. If an album can feature all of those popular and iconic singers and still be rated one of the worst ever, you know it is awful.

Kelly Clarkson is one of those singers who could sing the phone book and make it sound like a masterpiece, and that is why she was a perfect star to release a Christmas album. Clarkson released “Wrapped in Red” as her sixth studio album which featured five original songs as well as eleven covers of Christmas classics. Wrapped in Red debuted on the Billboard 200 chart at number 3, topped the Billboard Top Holiday Albums chart and for nine consecutive weeks it stayed on the top ten of both charts and was certified platinum by the Recording Industry Association of America and Music Canada. By the end of 2013, it became the year’s best-selling Christmas release in the United States and the second best-selling Christmas release in Canada. Its lead single, “Underneath the Tree”, became an international top forty Christmas hit song and was radio’s most-played new holiday song of 2013. Not only did fans love the album it also garnered an incredibly positive response from critics and scored higher on Metacritic than any of the singer’s other albums.

Regis Philbin can do a lot of things very well, but singing is not one of them. Regis Philbin has released four albums, one of which was 2005’s “The Regis Philbin Christmas Album” and it is certainly not recommended for your holiday playlist. The album was stocked full of covers of traditional Christmas songs and “Rudolph the Red-Nosed Reindeer” even featured the vocalist stylings of none other than Donald Trump! The album was most definitely not well received and in 2013 was named number four on New York Post’s “5 Worst Celebrity Christmas Albums.”

3. Hit: Dolly Parton and Kenny Rogers – “Once Upon a Christmas”

The oldest album on the list goes to Dolly Parton and Kenny Rogers with 1984’s “Once Upon a Christmas.” Like any Dolly Parton album, the Christmas record was extremely well-received and became one of the biggest Christmas albums of the 1980s. Now, the single  “A Christmas to Remember” has become a holiday staple for several radio stations over the Christmas season in the years since it was released.

Roseanne Barr offended many when she sang the National anthem before a baseball game in 1990, but that didn’t stop her from releasing her own Christmas album. The album contained truly awful covers of songs such as “Grandma Got Run Over By a Reindeer,” “Santa Baby,” and ‘I want a Hippopotamus for Christmas,” and was so bad that most traces of it can no longer be found. The album is so elusive that it is impossible to even track down which year she released it, but needless to say it is by far the worst Christmas album a celebrity has offered up for the holiday season.

Michael Buble has ten studio albums yet all thanks to one his name has become synonymous with Christmastime. On October 21, 2011 Buble released “Christmas” and it quickly rose to No. 1 on the Billboard 200 chart. The album became so incredibly popular and was so well-received that it garnered a re-release in 2012 with four additional tracks and is already number 11 on the best-selling Christmas albums list from Nielsen SoundScan. There is no doubt that the one album alone catapulted Buble’s fame to new heights and he is the modern reigning King of Christmas.