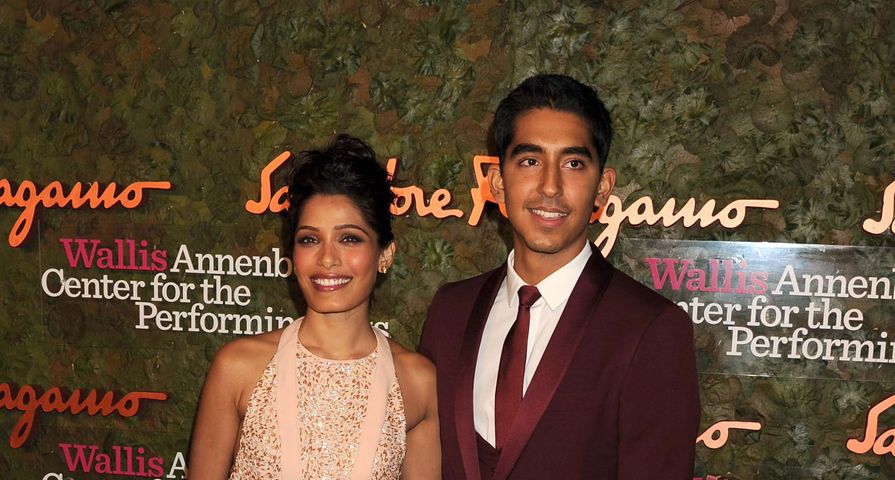 Freida Pinto and Dev Patel first met as co-stars on the set of the 2008 Oscar winning film, Slumdog Millionaire, but they left the set as an off-screen couple.

While the news is just breaking now, it seems the longtime couple actually called it quits on their relationship some time ago, after six years together.

A source has told US Weekly, “Dev and Freida have broken up. They have been done for a while.”

As well, it seems they have been separated long enough for Freida to already be moving on with sources also stating that “Freida is single and happy. Friends are setting her up.”

The 24-year old Patel was noticeably absent from Pinto’s 30th birthday celebrations back in October where she was seen reportedly celebrating with billionaire Siddharth Mallya instead.

Just last year the couple stated that didn’t celebrate Valentine’s Day because “everyday should be a celebration of love,” but after declarations such as that Pinto was very quiet about her romance in an interview with Harper’s Bazaar back in June which now seems a sign of troubles in the relationship.

Since the launch of their careers with the success of Slumdog Millionaire both stars have been gaining momentum on their own, possibly adding strain to the relationship.

Patel has been seen in 2010’s The Last Airbender, 2011’s highly regarded The Best Exotic Marigold Hotel as well as new acclaimed TV series The Newsroom.

Meanwhile Pinto landed roles in The Rise of the Planet of the Apes as well as Theseus’ love interest in the Greek mythology film Immortals.