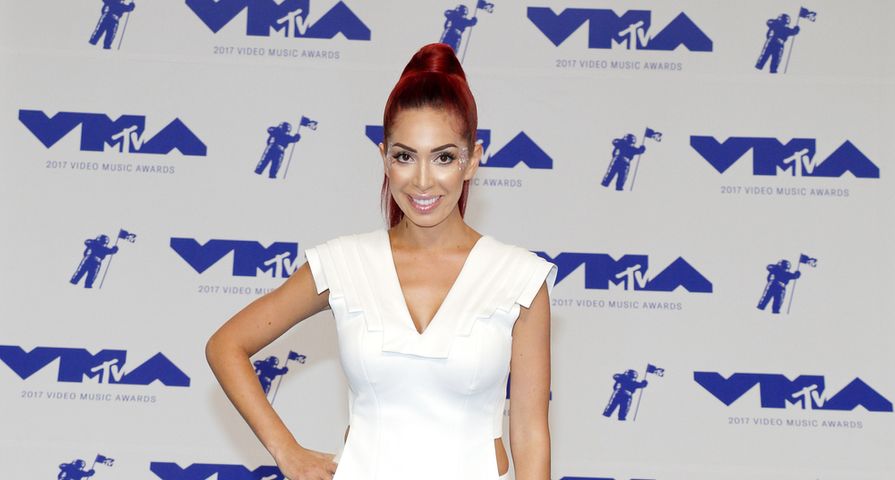 After spending months preparing for and promoting her celebrity boxing match against Flavor of Love alum Nicole “Hoppz” Alexander, former Teen Mom OG star Farrah Abraham backed out of the fight at the last minute, and now she is being sued.

The 27-year-old is being sued for $12,000 by promoter Damon Feldman but Abraham has not yet been given the papers even though the suit was filed in December in Pennsylvania. “All are false and was never served — all forged,” Abraham told PEOPLE on Tuesday. “Damon’s a criminal. This is not news.”

Despite Abraham’s claims, Feldman says that she hasn’t been served the papers because they cannot find her. Feldman took to his social media on Tuesday, January 8 and shared a photo of himself with the documents, writing, “Farrah Abraham tryied to claim she doesn’t live at this address where we sent court papers, but I got the real address I’m going to hunt you down until you pay us back @TMZ @TheBlastNews @TheAshleysRR @starcasm.”

In an Instagram video he added, “Farrah Abraham, I just don’t understand anything about you. You stole our money, you stole almost $100,000 of investors’ and sponsors [money]. You took sponsors’ money. You didn’t fulfill what you were supposed to.”

Meanwhile, Abraham says she backed out of the fight because she claims that Feldman and the Celebrity Boxing Match management team did not fulfill their contract obligations to her and called them “criminals.”

Ultimately, the boxing match replaced Abraham with another woman as seen on the event flyer, which was publicized on Facebook on Nov. 7.