Home » Trending News » Ellen Pompeo Talks Grey’s After Dempsey’s Exit: ‘Amazing How Much You Get Done’

Ellen Pompeo Talks Grey’s After Dempsey’s Exit: ‘Amazing How Much You Get Done’ 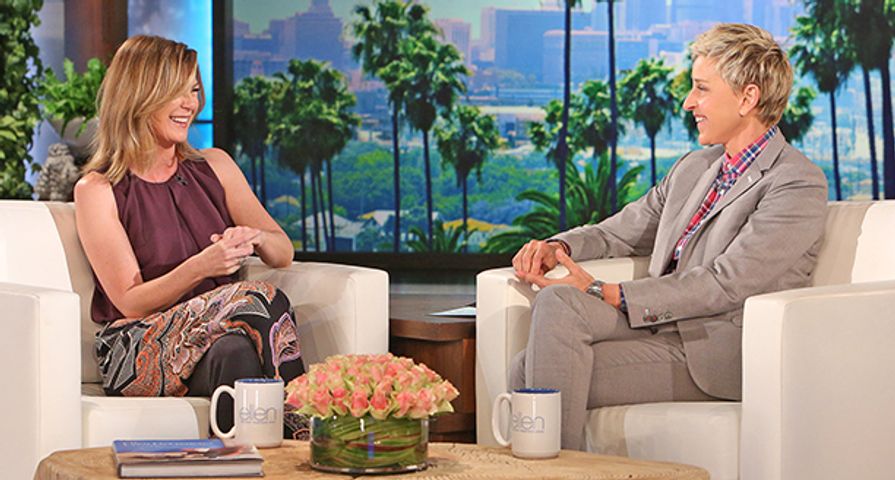 It seemed absolutely no one was happy following the exit of Patrick Dempsey on Grey’s Anatomy, but according to star Ellen Pompeo (Meredith Grey), the show really isn’t suffering that much without him.

Pompeo sat down with Ellen for Monday’s episode of The Ellen DeGeneres Show where she opened up about the backlash following Dempsey’s character Derek Shepherd being killed off and how the series is doing despite the predictions it would fail without the male lead. “Yeah that’s amazing. And everybody thought because Patrick was leaving that it wouldn’t do well, but it’s doing very well,” Pompeo stated, before hilariously adding, “It’s amazing how much you get done without a penis. We miss him dearly, but yeah the show is doing very well.”

While some saw the comment as a jab at her longtime co-star, it seems Pompeo is just proud of the fact that one character does not make or break a show that has been on for almost 11 years now and has had numerous characters exit. “No it’s not the last season. I think a lot of people were really upset about his departure, which is super understandable. But I think the change is part of the reason why the show goes on so long. I think people tune in to see what the show looks like now. What is Meredith going to do without Derek. I think they get so upset about the change, but change is precisely what everyone always needs to sort of get to the next place.”