Dwayne Johnson Reveals Cause Behind His Father’s “Quick” Passing 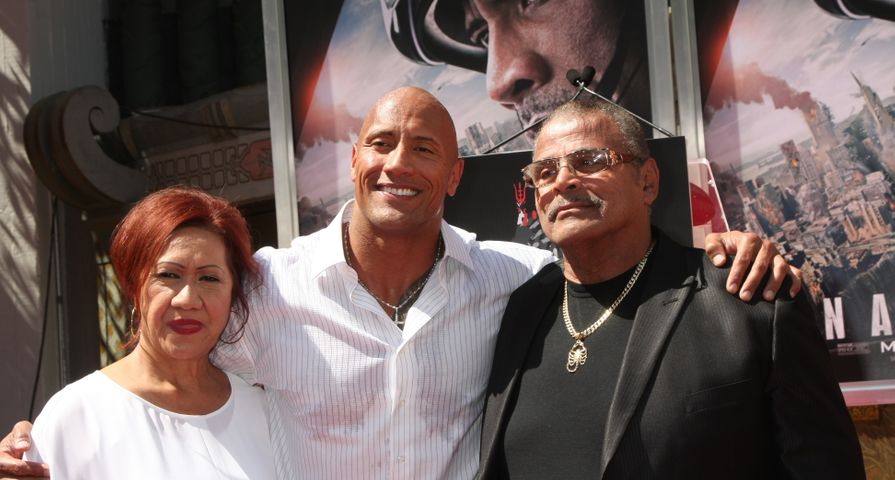 On Sunday, January 19, Dwayne “The Rock” Johnson candidly opened up on social media about his father Rocky’s passing, and thanked his fans for all their love and support they had given him.

“Hey everybody I just wanted to stop in on this very blessed Sunday to say thank you so much. Thank you. My heart is so full of gratitude. You’ve lifted my spirits in ways that I hope you can imagine,” the actor shared at the beginning of a nearly eight-minute-long Instagram video.

“As you know, I lost my old man a few days ago. I lost him just like that, didn’t get a chance to say goodbye to him,” Johnson continued. “I’d give anything right now to give him a big ole hug and a big ole kiss before he crossed over and just say thank you and I love you and I respect you. But I didn’t get a chance to say that, but such is life, as many of you know.”

He reflected on their relationship, sharing, “There’s so much about my old man and his complexities that only me, as his son, can understand.”

The actor then revealed that his father passed away from a heart attack on Tuesday, January 14.

“A lot of you guys wanted to know what happened to my dad. He had not been feeling well, had been battling a cold and infection and on Tuesday he had what’s called a deep vein thrombosis, which is essentially a clot in the leg. It was a big ole blood clot that broke free, traveled up his body, and went right to his lung, clotted his lung and he died very quickly from a massive heart attack, just like that,” Johnson said. “[He] went quick.”

He added, “That did give me great comfort in knowing that it wasn’t prolonged,” the actor explained, noting that his father, who started his wrestling career back in 1964, “had been in a lot of pain for a very, very long time.”

After he shared a message about making the most out of the time you have with your loved ones to fans, Johnson said he would “honor” his late father by putting in a full effort for his “leg workout.”

“It’s appropriate I’m doing legs because he hated doing legs,” Johnson joked, mentioning that he was going to start writing the eulogy for his father.

“I’ve written a lot of speeches for myself over the years but I have no idea where to start with this one. But I do have my tequila and I can hear him now, ‘Good that’s the way you gotta do it,’ and I can also hear him now ‘Make sure you put me over in the speech – say good stuff about me,’” he said, while laughing. “For those of you who knows my dad you know that he would say, ‘You tell them I taught you everything you know, but I didn’t teach you everything I know.’ ”

“I’m so deeply grateful for all your love, mana & support 🙏🏾🖤,” he captioned the post. “My family and I thank you. Go hug your loved ones hard. I love you. DJ.”

Johnson first spoke out about his dad’s passing on Friday, January 17, on Instagram.

“Dad, I wish I had one more shot to tell you, I love you, before you crossed over to the other side,” Johnson wrote. “But you were ripped away from me so fast without warning. Gone in an instant and no coming back. Im in pain. But we know it’s just pain and it’ll pass.”