Dwayne Johnson Opens Up About Feud With Vin Diesel 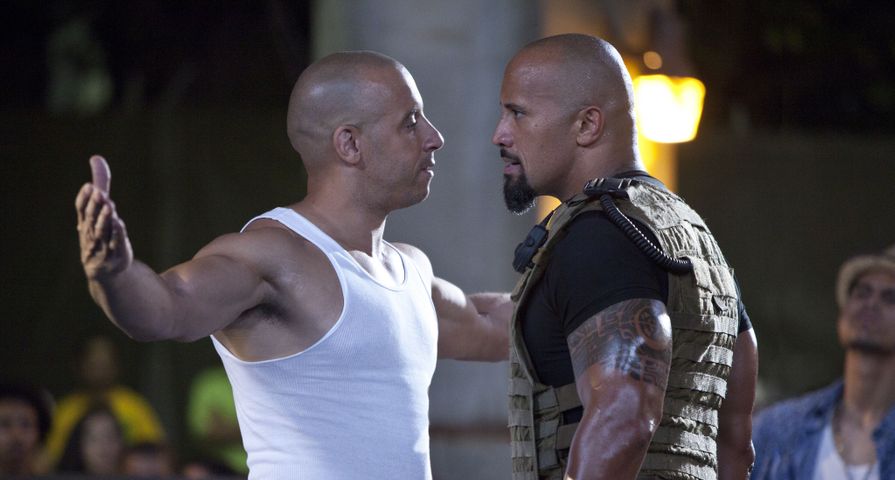 Back in the summer of 2016, all eyes were on Dwayne “The Rock” Johnson and Vin Diesel as the two Fast & Furious stars were reportedly embroiled in a nasty on-set feud, and while some chalked it up to being publicity for The Fate of the Furious, it seems it was real.

In a massive new interview with Rolling Stone, Johnson talked about a lot of different aspects of his life, including the feud with Diesel. “Vin and I had a few discussions, including an important face-to-face in my trailer,” he said. “And what I came to realize is that we have a fundamental difference in philosophies on how we approach moviemaking and collaborating. It took me some time, but I’m grateful for that clarity. Whether we work together again or not.”

When asked if he was going to return to the franchise for the ninth movie, Johnson simply said he was focusing on the spinoff starring himself and Jason Statham called Hobbs and Shaw. “I’m not quite sure. Right now I’m concentrating on making the spinoff as good as it can be,” the 45-year-old said. “But I wish him all the best, and I harbor no ill will there, just because of the clarity we have,” the actor said of Diesel, before adding with a laugh, “Actually, you can erase that last part about ‘no ill will.’ We’ll just keep it with the clarity.”

Of course, the spinoff has caused controversy as well, with Tyrese Gibson going off on many rants about Johnson being “selfish” with the spin-off. “He’s the reason we’re pushing the release date back now. I just got a problem with Dwayne, it appears that he’s being selfish, it appears that he’s so focused on furthering his own self-interests,” Gibson said to TMZ in 2017.