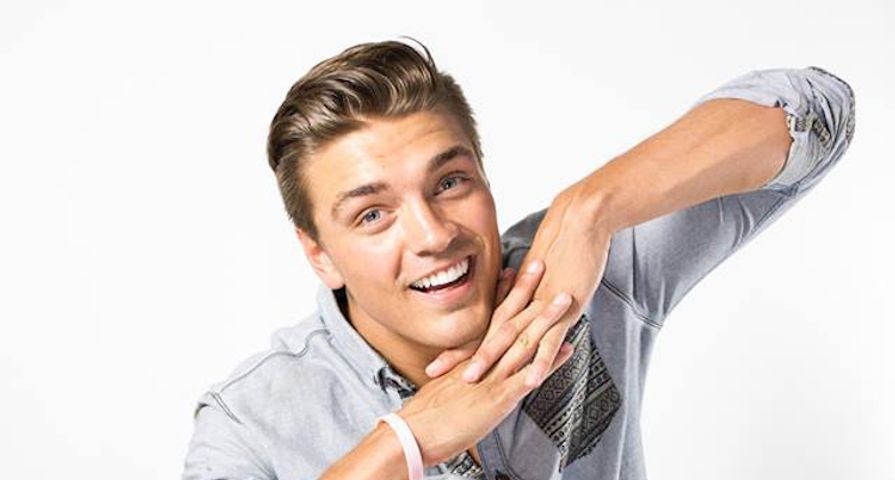 Bachelor in Paradise‘s Dean Unglert made himself famous for the confusing love triangle between him, Danielle Lombard and Kristina Schulman.

He has recently launched his own iHeartRadio podcast entitled Help! I Suck at Dating and has released a sneak peek where the 26-year old reality star looks back at his dating struggles. “Publicly speaking, Paradise was just the worst experience of my life,” he admitted and added that he needs to work on his communication skills. “Maybe I’m a little too critical at times; you give me an inch and I take a mile with certain things. Maybe I get into my own head and I self-sabotage.”

Dean also opened up about his confusion when Lombard set her sights on him when she arrived. “I thought by being honest to both of them the entire step of the way, that was enough for them.” he says. “It’s just eye-opening to watch it play back. In everyone’s own minds, they can do no wrong. But then when you watch it from a third party perspective—i.e. a video camera on the television—you see what you’re doing wrong instead of just living it through your own eyes.”

Dean couldn’t talk about relationships without getting the opinion of Kristina and he decided to call her to get her to weigh in on the Paradise situation. “I would love for you to tell me why and what I do that’s so sucky at dating,” he asked.

“What I’ve noticed with you—I’m sure the rest of America has, too—is that you have this wall up and you’re always joking and you’re smiling, but as soon as someone gets past that wall… Like, you have a lot to say. You have a lot going on. Between you and me, I think I noticed that early on—fairly early on—especially in Paradise, when you’re constantly talking feelings. I think you didn’t have any other choice except to talk then; you’re better at communication, because I think you’re a little more open to me and everyone else,” Schulman said. “I think that’s a huge thing.”

Help! I Suck at Dating With Dean Unglert premieres Sept. 25 on iHeartRadio.