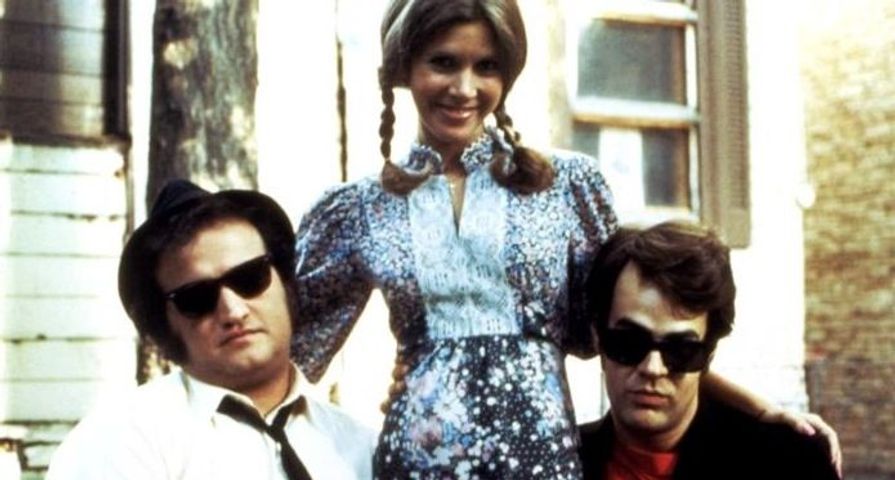 Actor Dan Aykroyd is expressing his grief over the loss of actress, and his former fiancee, Carrie Fisher in a touching essay.

The 64-year-old actor opened up about his time with his friend and ex love in the essay which he wrote for the soon to be released farewell issue of Empire magazine. “I met Carrie at Saturday Night Live,” the Ghostbusters alum stated. “She and John Belushi became instant pals. I remember how much she made him laugh. Later, while filming Blues Brothers, Carrie and I fell in love and during the shoot she moved in with me into a penthouse suite in the futuristic, aluminium-clad Astro Tower, which I knew to apologise for. Carrie had the most refined eye for art and design.”

Aykroyd did not hold back when discussing his relationship with the iconic relationship, adding that they “obtained blood tests for compatibility from an East Indian female doctor,” and then decided to get engaged. To celebrate, he bought her a sapphire ring and she got him “a Donald Roller Wilson oil painting of a monkey in a blue dress next to a tiny floating pencil,” and he kept it long after they split until “it began to frighten my children.”

He went onto talk about all of their treasured time together including “full-on weeping to Christmas classic,” and tripping out on LSD, and her brilliant humor, “One of the most brilliant and hilarious minds of our eon, Carrie would say things like: “I love tiny babies. When they cry they turn red and look like screaming tomatoes.” OR “This romance is finished the second you let out even a threep. I’ll be sick for a year.” AND “You have a jawline, hold your chin up otherwise you look like a tuna.” From then on I would identify myself on the phone as Tuna Neck.”

In the end, Fisher broke up with Aykroyd in 1980 and rekindled her romance with Paul Simon who she had dated previously. “Carrie wasn’t shallow, we had a great time. She was also in love with Paul Simon. She married him but I hope she kept my ring.” Carrie Fisher died on December 27, 2016 following a massive heart attack days before.