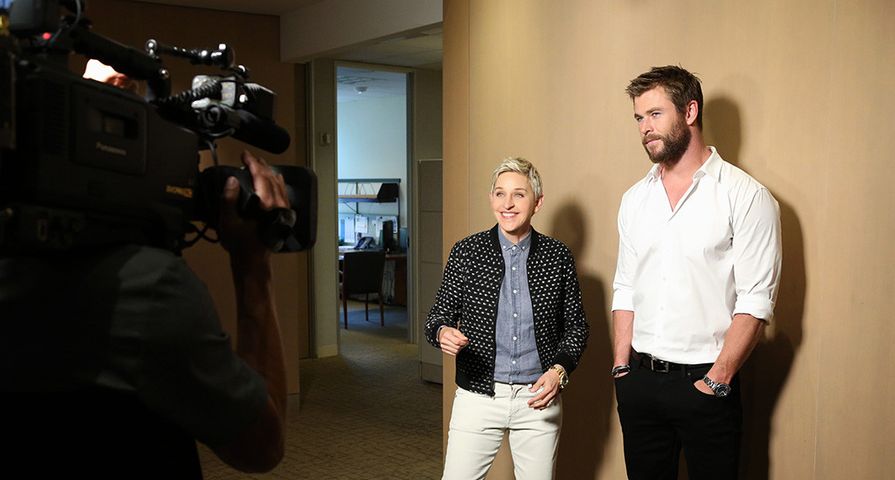 Chris Hemsworth will do anything for his fans! The handsome actor teamed up with Ellen for a hilarious segment on The Ellen DeGeneres Show that will air in full on Wednesday, April 27, which is National Administrative Professional Day.

In honor of his new role as a secretary for the upcoming Ghostbusters movie, Hemsworth went undercover in Warner Bros. offices to give a superfan the surprise of a lifetime. With Ellen as his guide, the 32-year-old did the army crawl to make sure to give the stunned secretary a huge surprise, and after greeting her even went on to give her a massage to pay her back for being such a hard worker and such a big fan. “He is going to take care of you today since you are so used to taking care of other people,” DeGeneres stated as the woman stared in disbelief.

Hemsworth was a great sport and in the end they celebrated with the whole office with a cake, tequila shots and a round of doing the limbo. Perhaps the best Administrative Professionals Day celebration ever!