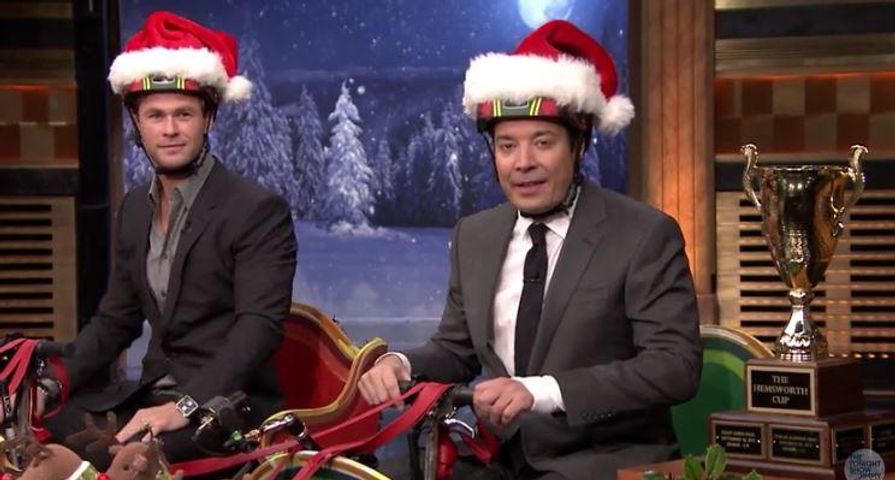 Leave it up to Jimmy Fallon and Chris Hemsworth to compete the most ridiculous of holiday games, and still mess it up.

The 32-year-old Australian actor appeared on the Tonight Show on Thursday, Dec. 10, and given the holiday season, Fallon had a special game in store that took the pair deep into the NBC studios.

The two competed in a high-speed sleigh contest, riding scooters decked out like Santa’s sleigh and donning Santa hats. The two had to navigate their way through a snowball fight, carolers, and a blizzard and audiences hilariously learned that Hemsworth truly has an awful sense of direction.

The prize at stake was the Hemsworth Cup, sort of implying Hemsworth should win, but once he got caught up in the excitement and competition of the race, he zoomed right past the door that would lead him back to the main studio and a sure win, leaving the win wide open for Fallon. The race also included each star’s “Ghost of Christmas Past” including a very muscular Hemsworth ghost holding up an old acting headshot for the actor, while Fallon’s ghost and headshot were slightly less impressive.

Check out the race below!