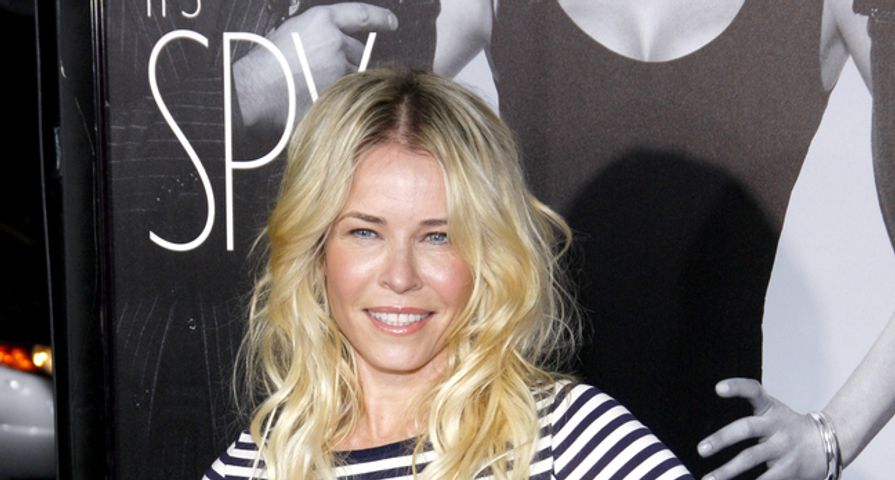 After penning an essay about a controversial issue, Chelsea Handler is standing up for her political views.

In a recent essay in Playboy’s “Freedom” issue, 41-year-old comedian Handler opened up about her decision to have two abortions at the age of 16. She wrote that she did not regret her actions, and is grateful that she had the option of ending the pregnancies.

“I was going through a very bad stage in my life. I hated my parents and I was having unprotected sex with my boyfriend, who was not someone I should’ve been having sex with in the first place, nevermind unprotected sex. I wasn’t really playing with a full deck of cards,” Handler penned. “Getting unintentionally pregnant more than once is irresponsible, but it’s still necessary to make a thoughtful decision. We all make mistakes all the time. I happened to f–k up twice at the age of 16. I’m grateful that I came to my senses and was able to get an abortion legally without risking my health or bankrupting myself or my family. I’m 41 now. I don’t ever look back and think, God, I wish I’d had that baby.”

But not everyone was happy with Handler’s stance. One Twitter user wrote, “Dear Chelsea Handler, why do you feel the need to share that you are a KILLER OF BABIES? For attention? You’re gonna get so much of it too!” Another wrote, “‘I’m sure glad I was able to use murder to escape taking personal responsibility for my actions.’ – Chelsea Handler, basically.”

The mixed reactions prompted Handler to speak out. “When I agreed to write an article on a woman’s right to choose, I certainly wasn’t bragging,” she wrote on Tuesday. “I chose to tell the truth. #shouldbemoreofit,” she continued.

Handler is unapologetic about her belief that women have the right to choose what they do with their bodies. “It’s okay if you think it’s not right for women to have abortions — but it’s not your problem, because we decide,” she stated. “We have 7.3 billion people on this planet. Anybody who carefully decides not to become a parent — let alone a bad parent, which is what I would have become — should be applauded for making a smart and sustainable decision. I’d love for somebody to try to tell me what to do with my body. I dare them.”