Chad Michael Murray Opens About Joining The Cast Of Riverdale 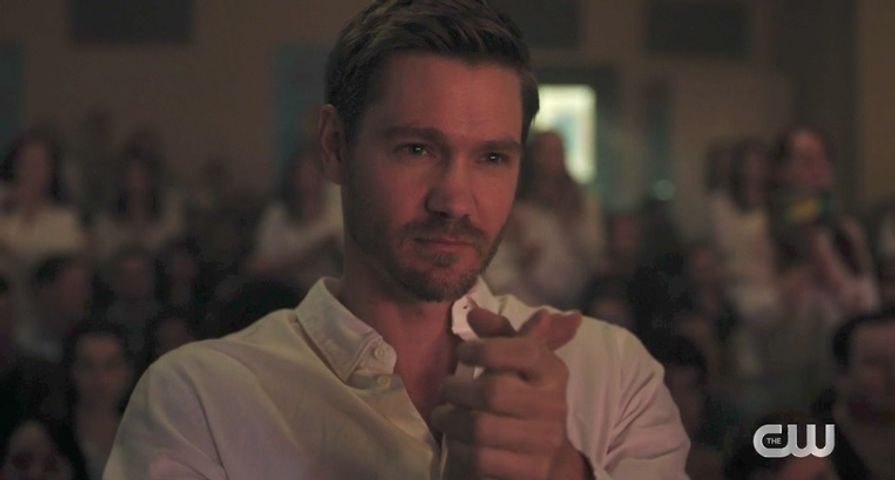 On Wednesday March 21, fans of the hit teen drama Riverdale were given a big season three episode with the show’s second musical episode celebrating The Heathers, but what was even more exciting was the introduction of beloved One Tree Hill star Chad Michael Murray as the mysterious leader of The Farm, Edgar Evernever.

For fans of the actor it may be a little unnerving to see him go from teen drama heartthrob Lucas Scott to playing the dad of a teenager on Riverdale, and the actor opened up to Cosmopolitan about joining the series and his changing role in teen shows.

The 37-year-old revealed that he has always been “intrigued” by the Riverdale universe thanks to his wife, actress Sarah Roemer, who is a “big fan.” “She watched all of season one—she binge watched it in like a week [laughs]—and when it came down the pipe, I was fascinated by it. It was an opportunity to go play and work with a good group of people,” he said.

As for playing Edgar Evernever, Murray described the character as “Calm. Peaceful. Open,” but added, “Edgar is a unique character. I think there are so many layers to peel back , so it’s a very slow burn on really discovering who this man is, what his background is, and where he comes from. It’s been fun for me to see where he’s going, what he wants, and what his quest is all about. Beyond that, I can’t say much. He’s the leader of the Farm. The Farm very much believes in Edgar and their cause.”

Of course being on Riverdale has definitely reminded him of his time on One Tree Hill and said he is now happy to be a mentor or anything the young stars of Riverdale need. “I’ve experienced similar moments in my own life when I was younger, so to get to come in and sort of be a fly on the wall and watch almost a younger reflection of yourself—although I will say that these kids are far smarter than I ever was—it’s fascinating to see it. Gosh it’s been sixteen years since I started shooting One Tree Hill… I can look back and see the journey they’re going on. I can lend an ear if somebody wants to unload or ask questions. I’m willing to be a sounding board,” he said.

He continued, “It has an interesting phenomenon right now. People love this show. When I discussed it with my wife and some of her friends, people kept saying, ‘you have to do this show.’ Because they’re all fans. There’s a super fandom with Riverdale. To be able to come in as Edgar and play something different and a character that has a depth and intrigue to me…plus, the cult world…I thought, ‘that’s a no brainer.'”

While he wasn’t giving any hints as to what is to come for the rest of season three now that his character has been introduced, he did say, “It’s going to be a wild ride. Strap on your seatbelt.”