Cara Delevingne Opens Up About Battling Depression, Thoughts Of Suicide 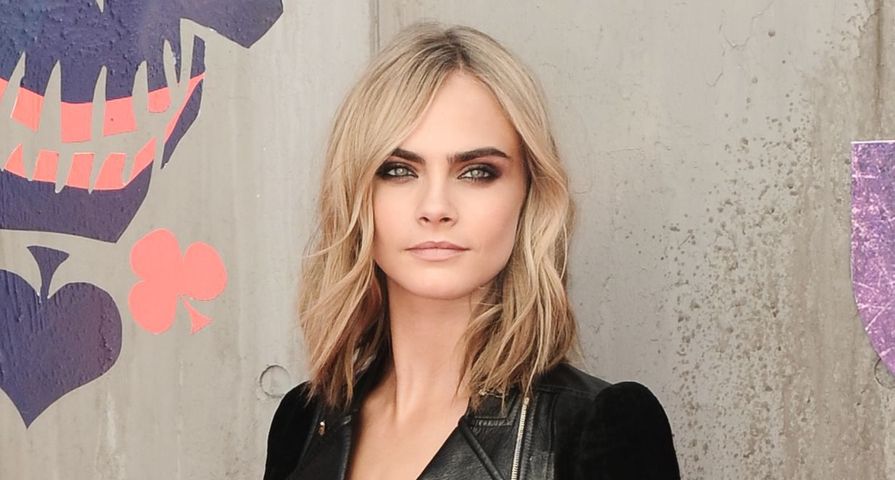 Cara Delevingne has a lot going for her. She is a supermodel and burgeoning actress who is now starring in the new highly-anticipated DC film Suicide Squad, but behind all the glamour is a dark past.

The 23-year-old opened up to British Esquire about how she is represented and seen, and how she sees herself. “The fashion industry is about surface, it’s not about what’s underneath, it’s not about being yourself. You don’t feel you matter as a person. You feel like it’s just about looks – and it is.” Now, Delevingne is more committed to considering herself an actress rather than a model, and despite the shallowness of the fashion industry, it has at least provided her a platform to speak out about depression and try to de-stigmatize conversations about depression and suicide.

Delevingne says her battle started early as her mother, Pandora, struggled with manic depression and addiction to prescription meds and heroin, and although she didn’t realize what was really happening with her mother then, it was her absence that affected her most. “I didn’t feel like I had any control of anything in my life so I just kind of went on a food strike. I was like, ‘I’m not going to eat until someone tells me where she is.'”

Delevingne then explained that by 16 years old, she had suffered her own mental breakdown. “I think I properly started dealing with depression when I was about 16,” she told the magazine. “When all the stuff with my family started to make sense and came to the surface. I’m very good at repressing emotion and seeming fine. As a kid I felt like I had to be good and I had to be strong because my mum wasn’t. So, when it got to being a teenager and all the hormones and the pressure and wanting to do well at school—for my parents, not for me.”

Unfortunately as the depression got worse, she became suicidal. “I realised how lucky and privileged I was, but all I wanted to do was die. I felt so guilty because of that and hated myself because of that, and then it’s a cycle. I didn’t want to exist anymore. I wanted for each molecule of my body to disintegrate,” she stated and then described how she would go into the woods and “bash her head into trees hoping to knock myself out.”

According to Delevingne, this escalation of the depression caused her to go on medications at 16 and she said she “missed out a lot from 16 to 18” because of the drugs, but does credit them with saving her. “I think they saved my life and they’ve probably saved my mother’s life but I don’t agree with them. It’s so easy to abuse them.”