8 Models Who Were Told They Were Too Fat 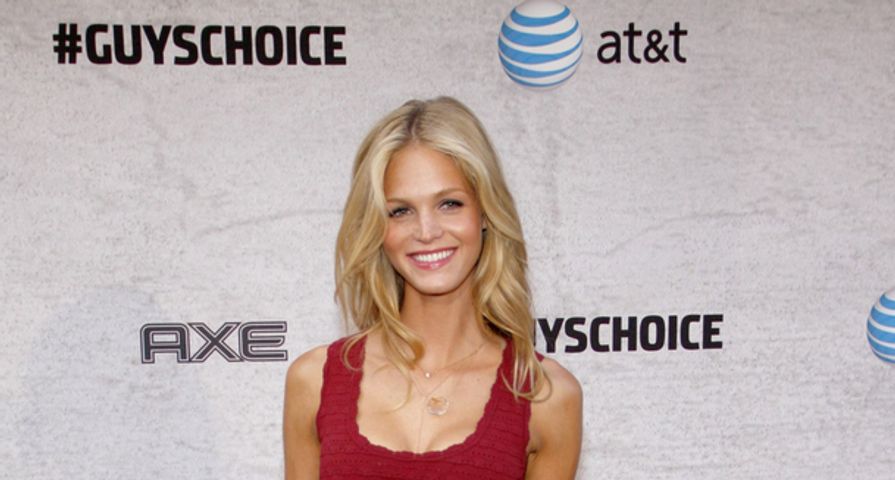 Most people think that modeling is an easy job because all you have to do is look pretty, but that couldn’t be further from the truth. Modeling is hard work and many models face intense scrutiny over the way they look. We have a list of 8 models who were told they needed lose weight if they wanted work.

Getting into the modeling world wasn’t easy for Gigi Hadid. When she was first starting out, she was told that needed to lose weight. “My thighs were huge, they were like rock!” she said of her athletic physique. “I had like crazy muscles and I [ate] like a man – more than the man that I eat like now, like a bigger man – and it was crazy but at the time I didn’t care what my body looked like, I just wanted to be the best volleyball player I could be so it didn’t really matter to me.” Lucky for Gigi, she didn’t have to lose any weight and eventually found success with Guess, which led to other opportunities.

According to former Victoria’s Secret model Kylie Bisutti, the constant pressure to look thin contributed to her decision to quit modeling. “I pretty much restricted my diet to oatmeal, fruits and vegetables to meet runway expectations,” she said. “I’m 5-foot-10, and I got down to 115 pounds with measurements of 34-24-34. In February 2007, New York Fashion Week was approaching, and while everyone I knew was being sent out to auditions, I wasn’t.” She claims that her agent told her that she wasn’t being sent out to auditions because she looked like “a fat cow.” These days, she’s living in Montana with her husband and volunteering at her church and she’s never been happier.

Heidi Klum is one of the most well known models, but even she was told to lose weight at the beginning of her career. “People were trying to squeeze me into boxes saying ‘Oh, you’re too happy, maybe we’ll cut your hair really short, maybe you’ll lose some weight to be thinner,’” she told Access Hollywood in 2010. “And I was like no, my hair is the way it is and my body is fine and I would just go with what I believed in.” When she was first starting out, she did a lot of catalogs because she couldn’t land any other modeling jobs. It wasn’t until Victoria’s Secret came along that she was finally able to really launch her modeling career.

Ali Michael was sent home from Paris Fashion week in February 2008 after being told that her legs were too plump. According to her, she had been struggling with an eating disorder and had gained five pounds before Fashion Week. Shortly after, she appeared on the Today Show and opened up about the pressure to be pin thin. According to her, she had been struggling with bulimia and anorexia, hadn’t had her period in a year and was starting to lose her hair. After the interview, she started seeing a nutritionist to deal with her eating issues and, several months later, she returned in September 2008 for spring Fashion Weeks in London, Milan and Paris.

Cara Delevingne told WSJ Magazine that she was told to lose weight when she was modeling. “It’s horrible living in a world where I’ll get a call from someone saying, ‘So-and-so says you were partying a lot and you were looking this way and you need to lose weight,” she said. “It makes me so angry. If you don’t want to hire me, don’t hire me.” She must be really angry because she’s taking an extended break from modeling and is currently trying her hand at acting. It must be going well because she has a role in the latest Batman flick, Suicide Squad.

Canadian model Coco Rocha claims that she was lost out on catwalk work because she refused to lose weight. “I’m not in demand for the shows anymore,” she said. “I’ve been told to lose weight when I was really skinny.” She now lives in New York City and has stopped caring what designer’s think of her body. “If I want a hamburger, I’m going to have one. No 21-year-old should be worrying about whether she fits a sample size,” she continued. “Girls are told they are not skinny enough, or they hear ‘She’s old, she’s boring, we’ve had her. She’s not tiny anymore.’ A lot of people don’t take into account the vulnerability of these young girls.”

When Rosie Huntington-Whiteley was first launching her modeling career, she was told to lose all of her baby fat. “When I started modeling, I was definitely heavier,” she told Britain’s ELLE Magazine. “I was quite voluptuous in fact. I had a real baby face and baby fat. But I was a baby! I was told I had to get into better shape, but I’m quite stubborn so I didn’t.” Rosie eventually lost of her baby fat as she got older. These days, she still isn’t trying to lose weight and keeps fit with a regular exercise routine.

Erin Heatherton recently revealed that Victoria’s Secret told her that she wasn’t thin enough to star in their annual fashion shows. While she initially tried to lose weight by exercising twice a day and eating well, it got to the point where she just wasn’t able to lose any more weight. “I was really depressed because I was working so hard and I felt like my body was resisting me. And I got to a point where one night I got home from a workout and I remember staring at my food and thinking maybe I should just not eat,” she told Time magazine’s Motto website. In the end, she decided to walk away from Victoria’s Secret to focus on her health.