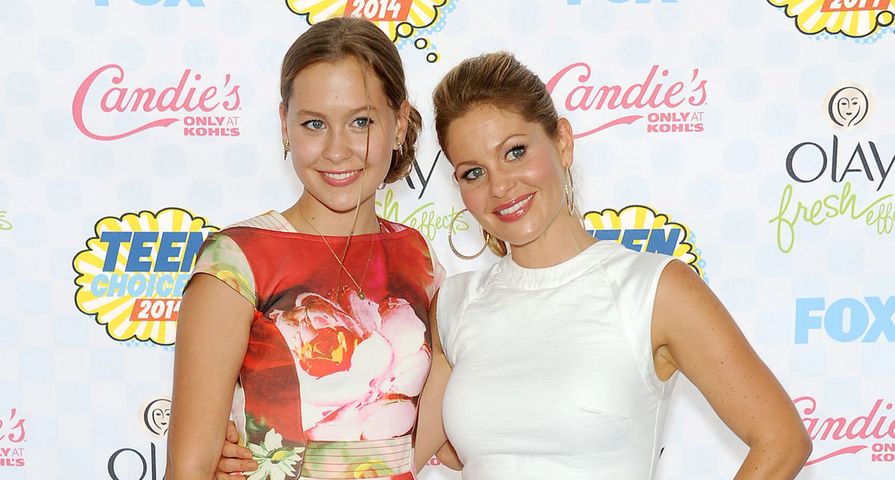 On the Monday, October 3rd episode of The Voice, the coaches weren’t the only familiar famous faces in the episode.

Fuller House star Candace Cameron Bure was on hand as she cheered on her own daughter, Natasha, as she auditioned on the episode for coaches Adam Levine, Miley Cyrus, Blake Shelton and Alicia Keys. “My mom doesn’t know too much about the music industry because she’s not musically gifted,” the 18-year-old said before her performance.

Not only was she supported by her famous mother, but she was also supported by her famous hockey player father Valeri Bure and even got a special message from her mom’s co-stars Bob Saget and John Stamos. After calming her nerves, Natasha took the stage for a creative rendition of Elvis Presley’s “Can’t Help Falling Love,” causing Adam Levine to turn around before she was done the first verse.

Levine was the only coach to turn his chair, leaving no fight for the teenager and landing her a spot Team Levine as her mother yelled “Shut Up!!” excitedly as he turned his chair. “Natasha and I are gonna do some good work. We’re gonna go to nerves and self confidence boot camp,” Levine said of having the 18-year-old on his team.