Brooklyn Nine-Nine Already In Talks For A Revival 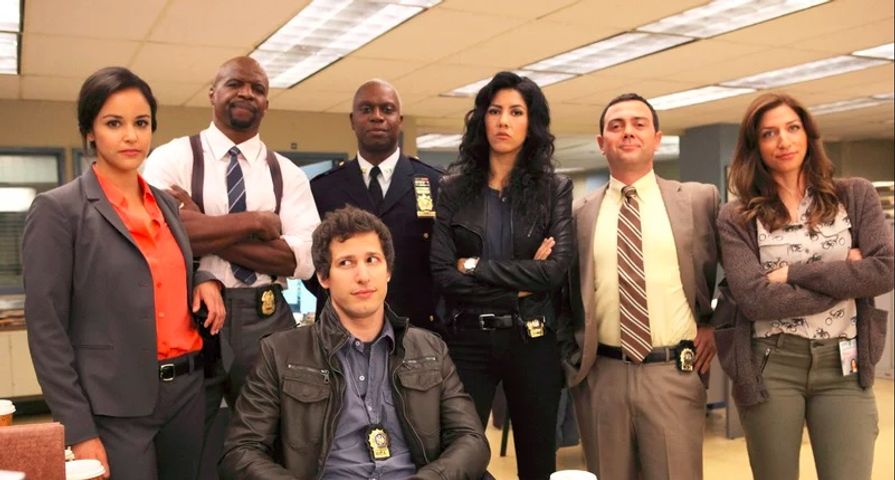 Fans of Brooklyn Nine-Nine are holding their breaths that the show may not be over just yet after receiving the shocking news that FOX had canceled the series following season five on Thursday, May 10.

After major outrage from and shock from fans and the cast, Entertainment Weekly reported that there were already talks about another network or streaming service stepping in to save the show which isn’t exactly high in the Nielsens rating but has continuous buzz and praise for its writing and acting.

Meanwhile Brooklyn Nine-Nine showrunner Dan Goor has been retweeting all the support for fans who don’t want to see the series end and tweeted, “Wow. Thank you all for this incredible outpouring of support. #brooklyn99 fans are the best fans in the world. It means the world to me and everyone else who works on the show.”

Among those in grief over the cancelation are many celebrity fans including Lin-Manuel Miranda and Star Wars legend Mark Hamill who tweeted, “When networks dump show I love, I’m known for holding grudges a long, L-O-N-G time. I’m still mad CBS didn’t renew #SquarePegs,” referring to the 1982 comedy starring Sarah Jessica Parker and Amy Linker.

Miranda tweeted, “RENEW BROOKLYN NINE NINE. I ONLY WATCH LIKE 4 THINGS. THIS IS ONE OF THE THINGS #RenewB99.”

Sunday, May 20 will reveal the season five finale, which now stands as the series finale, and will focus on the wedding of Jake (Andy Samberg) and Amy (Melissa Fumero).