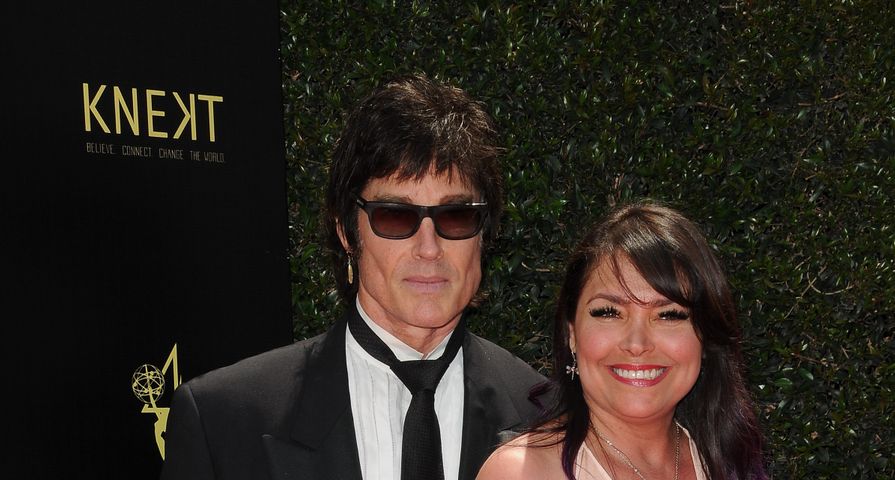 Bold And The Beautiful (B&B) alum Ron Moss (ex-Ridge Forrester) and his wife Devin DeVasquez have renewed their wedding vows.

The couple — who celebrated their 10th wedding anniversary on September 25 — recommitted to each other in an intimate ceremony in Reggio Calabria, Italy on October 2.

“Oops we did it again after 10 years!” DeVasquez posted on Instagram. “@ronmoss and I decided to renew our vows again in #Calabria. It was a very beautiful, intimate affair and I’m very grateful for all those who helped make this day so special.”

The pair were in Italy filming Sunrise Trip, a movie Moss wrote with Tiziano Cavaliere and Pietro Genuardi. Moss and his wife are executive producers and will also be acting in the film.

Their first wedding, which included a horse-drawn carriage, was a romantic, spectacular affair that looked like something taken from a B&B set. For their vow renewal ceremony, the couple both wore white and went barefoot.

A former Playboy playmate, DeVasquez is also an actress. She appeared in the films Can’t Buy Me Love, Society and House II: The Second Story. She’s also a published author and wrote The Naked Truth About A Pinup Model, Timeless Beauty and The Day It Snowed In April.

Congratulations to Ron Moss and Devin DeVasquez on renewing their wedding vows!