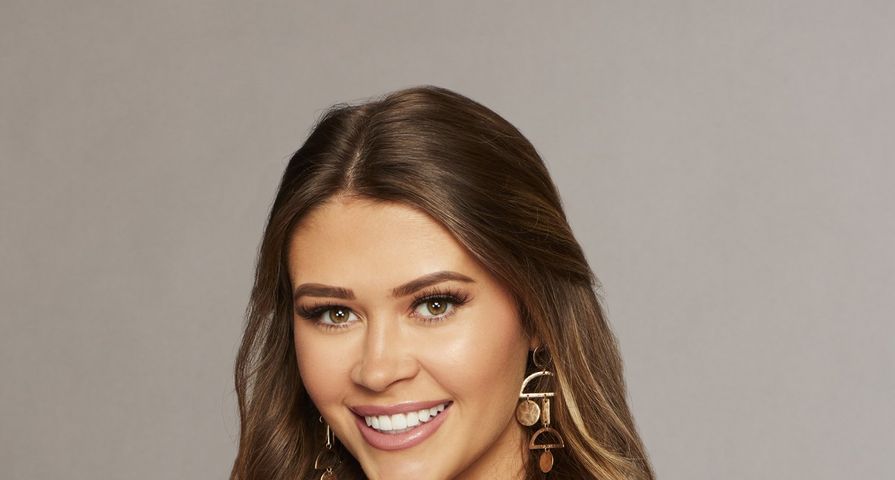 Season six of Bachelor in Paradise only just began on Monday, August 5, but the drama has already exploded off-screen.

After contestant Blake Horstmann was caught in what seemed to be a web of lies and deceit for his actions with Caelynn Miller-Keyes and Kristina Schulman way before they ever went to Paradise, Blake decided to take to his Instagram to share text messages between himself and Caelynn in an effort to share his side of the story and clear his name.

Now, Miller-Keyes is responding to Blake’s post in which he wrote in part, “I want to get the truth out. I was not able to defend myself down in Paradise, because me and most of the beach had no idea the things Caelynn was saying in her interviews. I never “sweet talked” her at Stagecoach. Caelynn and I were NEVER in a relationship. I NEVER ghosted Caelynn, I NEVER called her a mistake and I absolutely NEVER EVER EVER silenced Caelynn. I never expected to have to do something like this, but after finally seeing the episodes I feel like I have no other choice but to release the text changes between her and myself.”

In a lengthy Instagram post in which she shared just a small picture of a single rose, Caelynn responded with, “Here we go… I am not here to deny those text messages or the conversations that took place. Things got taken out of context on the show, and a large part of the story is missing.”

She continued, “The reality of the situation is that Blake was not a one night stand at a music festival and the ‪5 am‬ text exchange that Blake chose to share is not an accurate representation of our past relationship. I take ownership for what I said on the beach. I was upset and I let my emotions control my words. However, I did not go on a show to ruin someone’s character.”

“I attempted to address my feelings and the situation with Blake face to face. It’s unfortunate that I didn’t get the same respect in return, and I am absolutely mortified our private texts were put out there for the world to see and judge by someone who I trusted and consider a friend nonetheless,” she continued.

Caelynn addressed the fact that she now understands that she and Blake had different ideas about what their relationship was, because as Blake exposed in the texts Caelynn said “it was just for sex.” “It’s clear to me that Blake and I had different ideas of what our “relationship” was. We started talking months before Stagecoach. We FaceTimed everyday and talked about potentially skipping paradise to be together. When I say he ghosted me, it was after those few months of us talking.  It was my understanding there was no one else and I thought we were on the same page.”

She also addressed the fact that she has received backlash for being so open about her sexual relationship with Blake despite having been a victim of rape when she was in college. “What infuriates me the most is that I’m being trolled for having sex because of what I’ve been through. I want to be very clear that I am not looking for sympathy. I took the necessary steps to move on and heal, but I will not be abstinent for the rest of my life because of it. This is a complicated situation considering it’s not only on TV, but has taken a life of its own on the internet.”

Caelynn concluded her lengthy post with, “This could’ve been over after last night’s episode, but since it’s now all over Instagram, I felt like it was imperative to share my truth. We all have our own perception of how different situations unfold and there are many sides to this story. I hope that we can all move forward and support one another, rather than tear each other down. I have moved on and I am excited to continue to share the rest of my journey with you all.”

As previously reported the drama began when Caelynn revealed on Bachelor in Paradise that Blake made her feel like a “f–king dirty secret” after they hooked up at the country music Stagecoach festival in April and that same weekend he hooked up with Kristina Schulman. Blake later told the camera, “It looks like [Caelynn and I] slept together and I bolted. And that wasn’t what happened. Sometimes you try to do the right thing — I didn’t want to disrespect Caelynn, I didn’t want to disrespect Kristina. Man, this is bad. I look like the worst human in the world.”

Caelynn obviously doesn’t end up with Blake on BIP, but find out which couples break up, stay together, or get engaged with this season’s spoilers!