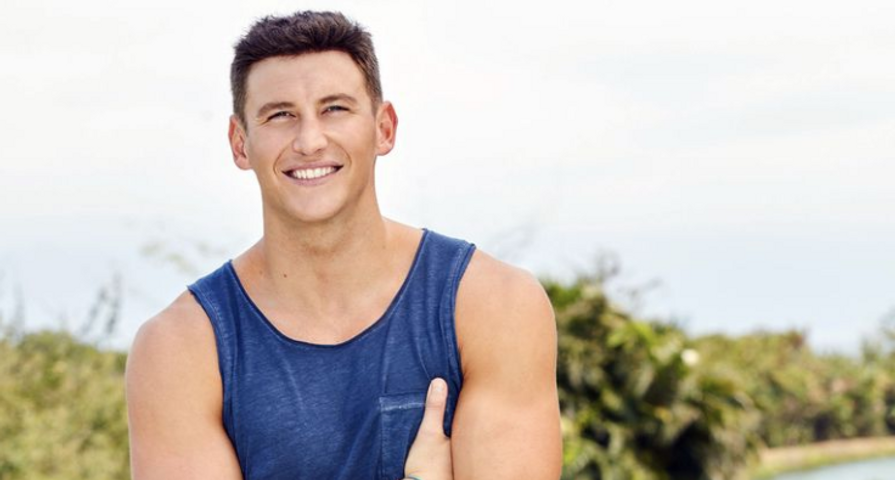 Bachelor in Paradise has been anything but fun and whimsical for at least one contestant, and only two episodes have aired!

Two episodes in and Horstmann, who was the runner-up on Becca Kufrin’s season of The Bachelorette, has been caught up in a dramatic love triangle after it was revealed that before the show started filming he slept with Caelynn Miller-Keyes and Kristina Schulman on back to back nights while at the country music Stagecoach festival in April.

During the Tuesday, August 6 episode Caelynn told Blake that he made her feel like a “f—ing dirty secret.”

“I feel like a slimy, disgusting secret that you’re ashamed of. You literally told me to lie for you,” she said.

Now, in an effort to share his side of the story, Horstmann took to his Instagram to share a message and in his stories shared revealing texts in which Caelynn is adamant she just wants sex and nothing more from him.

In the first set of messages Caelynn tells Blake she is “coming over” to which he responds ” no lol” and she responds, “It’s fine. Chill it’ll be good.” The messages go on with Blake saying “cuddling but no sex” to which Caelynn says, “yes sex. only sex.”

“If I come over it’s strictly for sex,” Caelynn said. “Nothing more nothing less.”

“That’s what they all say,” Blake said again.

He also shared their texts from afterward in which they both freaked out over whether or not they should be open about their hookup with Blake saying he was even thinking about pulling out of Bachelor in Paradise.

“Well I just don’t think you will feel any more comfortable and sure if we have another day to think,” Blake said. “I guess let’s just be honest.”

“We f—ed up so bad,” he added in another message.

Caelynn said, “If we play it off as not being a big deal then it’s not. Everyone hooks up in this world.”

He prefaced sharing the text messages in his stories with a lengthy message on his Instagram page. “I wanted to take the time to address what is being portrayed in the episodes. I made a lot of mistakes this past year that I’m not proud of,” he wrote. “I have a lot of insecurities I’ve been struggling with and lost myself this year. I’ve gotten way in over my head with women and have made a lot of mistakes and, although never my intent, I hurt several people along the way.”

“I’ve felt a lot of shame and have been in a dark place for a while now and especially these last few months. It’s still something I am working through. I take full responsibility for my actions at Stagecoach and will forever regret the decision I made that weekend. The women involved did not deserve that. I realize now that I hurt these women and I deeply regret that. I’ve done a lot of self reflection since and have learned a lot from my mistakes.”

He continued, “With all of that said, I want to get the truth out. I was not able to defend myself down in Paradise, because me and most of the beach had no idea the things Caelynn was saying in her interviews. I never “sweet talked” her at Stagecoach. Caelynn and I were NEVER in a relationship. I NEVER ghosted Caelynn, I NEVER called her a mistake and I absolutely NEVER EVER EVER silenced Caelynn. I never expected to have to do something like this, but after finally seeing the episodes I feel like I have no other choice but to release the text changes between her and myself.”

“This is the last thing I wanted to do, but my name and character are being attacked. My name is all I really have. Most of all, it is the only real way to prove that what is being said by Caelynn and the story that is being shown is far from the truth. I’m deeply sorry for my actions at Stagecoach but telling the world that I silenced a woman amongst many other harmful accusations was just too much.”

“I have genuine compassion for the trauma Caelynn has experienced in the past. To make her question my intentions in any way devastates me beyond anything I’ve ever felt. Something I’ve learned is to be completely clear, because I never want to make anyone to not clearly understand my intentions again. I was under the impression it was “just sex” to her. Which you will see in the texts.”

He concluded, “I understand that I will probably get a lot of backlash for posting these personal text messages in my stories but unfortunately this is the only way to have a voice, since I very much feel backed into a corner.”